Magalong resigns, but NTF retains him 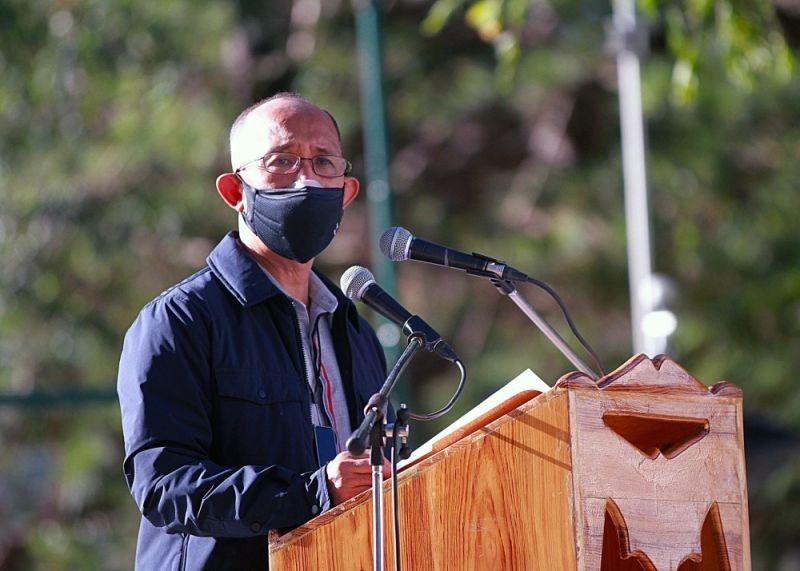 BAGUIO City Mayor Benjamin Magalong has tendered his resignation as the country’s contact tracing czar in the wake of the controversy over the quarantine violations committed during the birthday party of eventologist Tim Yap.

In a statement, Galvez appealed to the public to withhold their judgment while an investigation into the incident is being conducted.

He assured that those who violated quarantine protocols during the incident will be held accountable.

Galvez also said Magalong’s role as czar is crucial as the country scales up its Covid-19 response and mitigation efforts.

Magalong, who attended the event at the Manor Hotel in Baguio City on January 17, 2021 together with his wife, earlier admitted that health protocols were disregarded during the party.

Even his wife was shown without a face mask in photos that were circulated on social media.

In his resignation letter, Magalong said he recognized his failure to correct the errors that happened in front of him.

“Much as I have been given my best to discharge my duties for the Task Force (on COVID-19), this incident has been a reminder that a higher standard is always expected of me,” he said.

“It pains me to see my family and my constituents in anguish over this, but I am committed to hold myself accountable and do what is necessary to rectify this misstep,” he added.

Galvez, in a separate statement, said he was aware of the incident but he believed that the incident “does not speak of Mayor Magalong’s true character nor define him as a public servant.”

“We would like to express our full support to Mayor Magalong. Mayor Magalong is considered a trailblazer in the field of Covid-19 prevention and mitigation. Through the innovative contact tracing techniques he introduced, the number of local transmissions throughout the country has significantly decreased,” he said.

“We have witnessed Mayor Magalong in action, especially when we travelled to various parts of the country to assess the health situation in communities and provide guidance to local government units on how they can scale up their contact tracing capacity,” he added.

Galvez said Magalong’s resignation only shows that he is professional, and a man of honor, decency and commitment. Even President Rodrigo Duterte vouched for his integrity.

Department of Health Undersecretary Maria Rosario Vergeire, for her part, said she believed that Magalong should keep his post.

Magalong also flew to Cebu City and helped manage the situation at the height of the Covid-19 epidemic there. (SunStar Philippines)