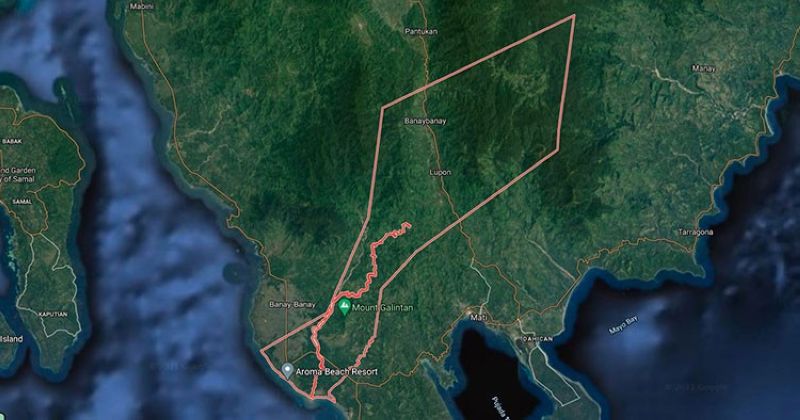 THE Municipality of Lupon in Davao Oriental is placed under a 14-day general community quarantine (GCQ) since Friday, January 29, 2021, following the surge of Covid-19 cases in the area in the last few weeks.

In an advisory posted on the Davao Oriental official Facebook page, the said quarantine status was approved by the Regional Inter-agency Task Force For the Management of Emerging Infectious Diseases (RITF) through Resolution 01, series of 2021.

According to the Provincial Task Force Covid-19, "the municipality of Lupon has registered the highest number of average daily attack rate and growth rate amongst other LGUs in the province with a total number of 67 positive cases and with over seven barangays affected as of January 25, prompting the Task Force to escalate the municipality's quarantine classification."

Under the GCQ, certain restrictions will be implemented, particularly on the movement of people and closure of operations of some industries such as tourism and leisure-related, gaming and fitness, tourism, and all major gatherings.

"Everyone is advised not to travel to the municipality unless for essential purposes such as work-related or medical emergencies, the provincial government said.

The Municipal Government will also impose curfew from 8 p.m. to 5 a.m.

Meanwhile, the entire Davao Oriental has a total of 807 cases, wherein 145 are active cases, 647 recoveries, and 15 deaths.

The classifications will take effect starting Monday, February 1, until February 28.

This is the third time Davao City's GCQ status has been extended since it was imposed on November 20, 2020, while Davao del Norte was reverted to GCQ on December 1, 2020.

Both areas in Davao Region recorded a significant surge of Covid-19 cases in the last quarter of 2020.

According to the Inter-Agency Task Force on Emerging Infectious Diseases (IATF) Omnibus Guidelines as of January 21, movement of all persons in areas placed under GCQ shall be limited to accessing essential goods and services, and for work in the offices or industries permitted to operate.

Amusement, tourism, and leisure activities under GCQ are strictly prohibited.

The Department of Health (DOH)-Davao Region said in a previous virtual presser that Covid-19 cases in the first quarter are expected to surge due to gatherings and activities during the holiday season.

DOH-Davao Director Annabelle Yumang said in a virtual presser that the extension of the GCQ in these areas could help them manage the increase of Covid-19 cases.

"That will really help. As you can see, we can still have an increasing number of cases," Yumang said.