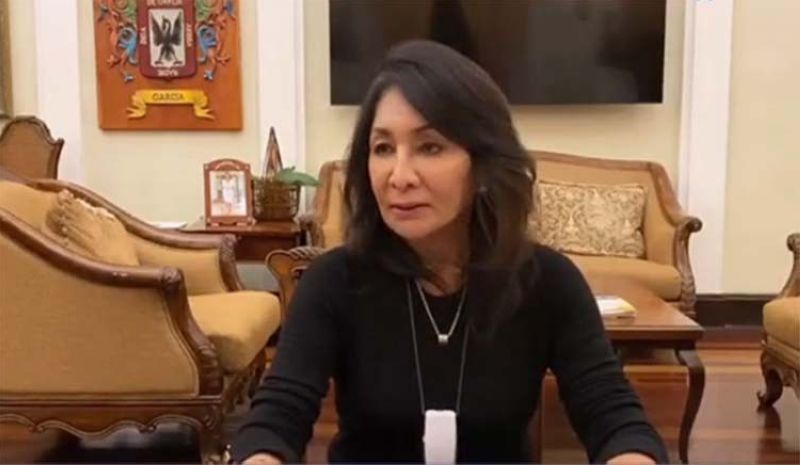 CEBU Governor Gwendolyn Garcia has shrugged off the serious concern aired by an independent research group on the trend of increasing Covid-19 cases in the province.

In a press conference on Jan. 29, 2021, Garcia said she was more concerned about Cebu’s economy.

“I wonder why Dr. Leachon does not look at other cities that have more than 499 active cases and their population is not even one-third of the province (of Cebu),” Garcia said referring to Dr. Tony Leachon, former special advisor to the National Task Force on the Covid-19.

In its Jan. 28 report, Octa Research Group said Cebu, including Cebu City, has become an area of “serious concern” with its rising Covid-19 cases.

The group said if the trend continues, the figures that Cebu had during the enhanced community quarantine (ECQ) period in 2020 could return in the next two weeks.

“The last time Cebu was placed under ECQ, the province averaged 400 new cases per day. This number could be reached in two weeks if trends are not reversed,” the group said.

In the past seven days, Cebu averaged 147 new Covid-19 cases daily, according to the research group, which is primarily composed of the University of the Philippines faculty members and alumni with contributors from University of Sto. Tomas and Providence College in the United States.

Leachon, who is not a member of the Octa Research Group, posted Octa’s report on his Facebook page on Thursday, quoting lines from the report in his introduction to the post.

Garcia said she wonders why the group singled out Cebu as a serious concern without considering the entire island’s population of 5.2 million.

Garcia said the 499 active cases were from 44 municipalities and six cities under the provincial government with each having no more than 39 active cases.

Furthermore, many of the cases were asymptomatic, Garcia said.

Garcia added the province had a high recovery rate and its mortality rate was two percent.

“I read figures and make my decision from facts and figures, not figments of imagination, because that is what anyone in my position should do including those that are in sciences and in disciplines such as the medical profession,” said Garcia.

Garcia said the figures are not a cause of concern since the mayors in Cebu Province are capable of handling the Covid-19 situation.

Quarantine facilities and isolation centers in the province are also sufficient at a current 20 percent occupancy rate, said Garcia.

She said the lockdowns, have caused thousands to lose their businesses, jobs, and livelihood.

Garcia said she is concerned that there will be too many hungry people and if their hunger goes to the head, there will be a rise in criminality and there might even be chaos.

Garcia said Cebu is moving on and moving forward in an imperfect world where diseases exist.

Garcia said the way to manage the spread of Covid-19 is to follow health protocols, maintain proper hygiene and boost the immune system to give the human body a fighting chance.

Sought for comment, Dr. Bryan Albert Lim, an infectious disease specialist in Cebu, said Octa reports are based on mathematical models and like all models, there are “clear limitations and assumptions.”

“For example, it does not include the improved hospital and isolation capacity, healthcare worker availability, as well as contact tracing efforts. Still, we need to recognize that the objective of their model is to provide guidance and warnings and not as a definite fixed reality,” he told SunStar Cebu.

“Currently, Cebu is seeing an increase in cases, and this should not be taken lightly. However, we should also not panic,” he added.

He said Cebu is better prepared now than last year. However, this is not a reason to be complacent.

“We can live with the virus. We can balance economy and health by following and implementing strictly the minimum health standards. Those who are complying should not suffer because of those who do not. But if we ignore this warning, and ignore preventive measures, then this reality is possible,” Lim said.

For its part, the Department of Health (DOH) scored Octa Research for linking the surge in coronavirus cases in Cebu to the new Sars-CoV-2 variant from the United Kingdom (UK).

DOH Undersecretary Maria Rosario Vergeire said there is no concrete evidence yet of the new variant being present in Cebu.

“It is too early to identify the factors why it is increasing, especially on whether it is caused by the UK variant. This may only cause panic to the people,” Vergeire said.

Vergeire said the National Task Force Against Covid-19 is already aware of the situation in Cebu and is closely monitoring it.

She urged local government units to look into the necessity of imposing localized lockdowns.

She also urged them to enhance their surveillance and monitoring efforts to identify possible clustering of cases.

Vergeire also said it is important for Cebu to tighten its borders by strictly implementing the mandatory quarantine and testing of arriving travelers.