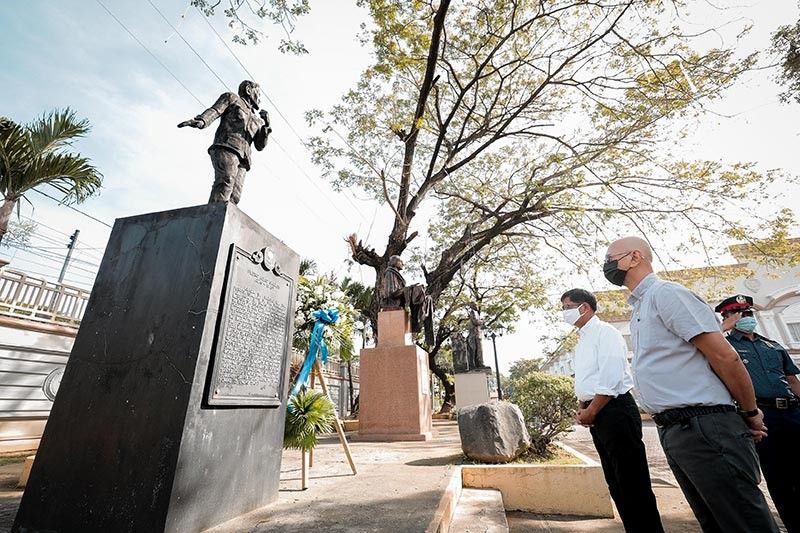 TO commemorate the 145th birth anniversary of Pedro Abad Santos, a wreath-laying ceremony was held on Thursday, January 28, 2021, at the City of San Fernando’s Heroes Hall.

Also known as “Don Perico,” Abad Santos was one of the founders of the Partido Sosyalista ng Pilipinas (PSP) and known for his kind heart for the landless and peasants, offering free legal assistance and helping organize labor organizations.

Ching Pangilinan, City Tourism Officer, remarked that he was not popular just because he was an Abad Santos but because of his ideology and heroism.

Don Perico was the older brother of Jose Abad Santos who also served the country as Chief Justice of the Supreme Court during President Manuel Quezon’s term.

Mayor Edwin “EdSa” Santiago underscored the significance of the ceremony.

“Despite the pandemic, we are doing this because it is very significant to remember those who have served our city and the country with valor and pride,” Santiago added.