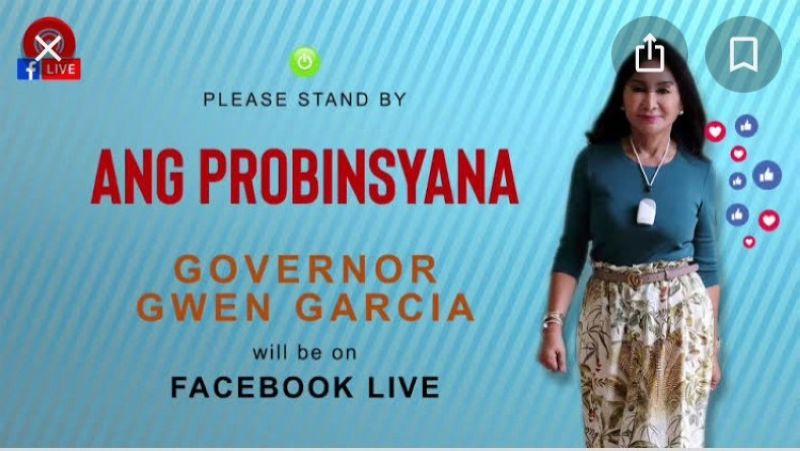 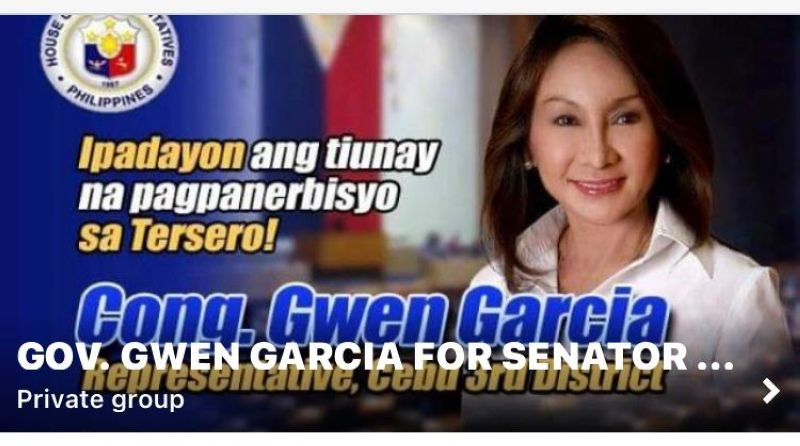 THE US senator, Chuck Schumer (D), corrected it immediately after he said it. No gap between gaffe and correction. “Insurrection” and not “erection.” But “inciting to erection” was irresistible fodder for news and humor, especially the late-night shows on cable and TV.

The mistake set off a flood of “breaking news” bits and scraps of humor, The Americans can shift from angry tirade to belly-aching joke and back, in seconds.

“Ari ra ko sa Sugbo oy,” in an aside during a press-con on the Octa Research’s worry over the surge of Covid-19 infections in Cebu. The response to the Manila report was a spill-over from her earlier talk on the subject at a press-con in Consolacion. She added the denial about her 2022 political plans to her off-the-cuff remark that she didn’t have to get headlines or “pogi” points.

Many politicians made similar promises and broke them. Her critics may scoff at Guv Gwen’s pledge and point to indications of broadening the reach of initiatives, such as Gwen-for-senator trial balloons in social media, which she has tolerated if not initiated until now, and the “Probinsyano” tag on backdrop at the site of her live-streamed forums.

A fact of political life is that it is usually not productive or prudent to announce early one’s political intention. Former mayor Tomas Osmena, in a Jayson Monteclar (“The Not So Late Show”) interview aired the other week, was asked if he’d run for Cebu City mayor again: His reply, in effect: It would be silly to plan on the basis of present circumstances, which one knew would later change.

Running again or for a higher position is always an option. A question like that amounts to asking if something is possible. It is possible: most things are, especially among politicians. Even a legal term limit, which they believe is not specific enough, does not deter some politicos from running. They won but were struck down by the law’s ban.

And denying the plan to run is not actually rejecting the idea. It is a kind of exploring, sounding out, testing, or teasing.

Mike’s naughty ‘would not’

HOW has it sounded, Cebu City Vice Mayor’s twice-repeated (late last year and early this year) pronouncement in the City Council? Recorded by the secretariat and video, Rama’s vow was not to run for vice mayor in 2022.

That raised the tease to a naughty level, a City Hall watcher said. To Mayor Edgar Labella, that would keep the sword of Mike hanging and swinging over the head. Aspirants for the south congressional seat would be kept on edge too. Mike might go for congressman instead.

After all, the VM had been councilor and vice mayor for three terms each (this is his fourth) and mayor for two terms already. What else would he prove except that he could beat Tomas Osmena again after drubbing him in 2013 and being drubbed by him in 2016?

Mike Rama’s speechifying, which dazzles the councilors, might yet bedazzle House members, most of whom have perfected the skill to turn off ears and mind during the privileged hour.

What makes a true leader

VICE mayor Mike Rama once told his colleagues that a true leader must comply with the law, follow the rule of law. Former mayor Tomas Osmena said a true leader must have the skill and patience to listen to others. The true leader, Gwen Garcia repeatedly said, is the woman, or man, who lets action do the talking (“ang buhat pasultihon”), not the other way around.

Has Cebu found a leader with those attributes, the three laudable virtues in on one person?

SHOWING Cebu’s two papers carrying the Page 1 headline about Octa Research’s warning on the local surge of Covid-19 cases, Governor Garcia one time asked reporters who apparently didn’t know what headlines the local papers carried that day, “You don’t read print anymore? Here, I will lend you my copy.”

When VM Rama, as presiding officer of the City Council, would need to cite the day’s headline to comment on or make a point, he never referred to Facebook or Twitter. He would say, “Naa sa peryodiko karon.” Or “the newspapers say the mayor will not make the city go back to ECQ (enhanced community quarantine).” Mike seems to trust the papers more than his news sources elsewhere.