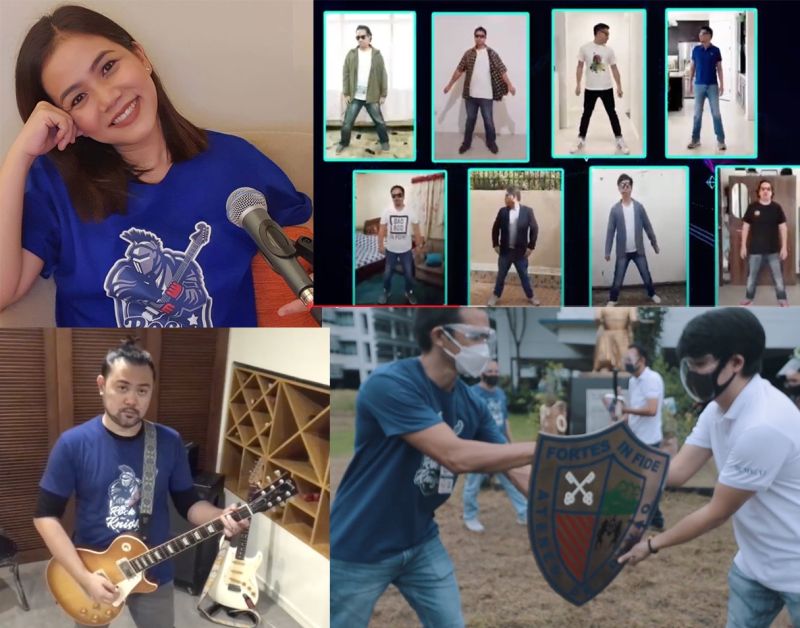 THE global pandemic quashed the grand plans we had for the 2020 Ateneo de Davao Grand Alumni Homecoming which my batch (ADDU HS batch 1995/ Grade School 1991) was hosting being last year's silver jubilarians.

Our homecoming theme was "Rock The Knight," which originally meant a homecoming to remember. But with the events that unfolded, the theme came to have a different yet poignant meaning. One of the plans would have included a reunion performance of an iconic OPM band which had its heyday during the 90s. Alas it wasn't meant to be. The eventual global crisis would have been a convenient excuse to discontinue the homecoming.

Our batch dug into its legacy of toughness and resilience. Way back in our high school days, we were known for its notoriety. We were reshuffled into our senior year to instill discipline to our riotous batch, we never won an inter-year high school cheering competition which previous batches had one. But despite our "disrepute" we shocked pessimists and naysayers when all of the batch graduated which then wasn't done in a long while.

We were a batch who had the habit of shining through when the odds are down. And from this pedigree the idea of a digital alumni homecoming was born.

It was a united effort, with batchmates and classmates from around the world marshalling efforts to make it into a reality. The homecoming was a culmination of a busy year for the batch who, despite the pandemic, came out with so many projects specifically supporting frontliners and distressed batchmates.

From the preparations up to the actual event, we were helped by production company Lou Works Studio, whom we contracted to create our videos and live stream the event. Our emcees included host and radio disc jockey Don Lanzar and the beautiful Kai del Corro, the 2016 Sinag ng Dabaw.

By December 30, the virtual stage was set for the first ever Ateneo de Davao Digital Homecoming. Instead of the cavernous SMX, the venue of past homecomings, it was the online platform of Facebook, YouTube and Zoom where the homecoming was held bridging different Ateneans from various time zones.

AdDU president Fr. Joel Tabora and batch chairperson Pedro "Bogs" Quitan III delivered lifting messages during the event. Shown during the first part of the event were a series of specially created documentaries and music videos one of which was a batch song originally composed and performed during our high school graduation in 1995.

The highlight of the homecoming was a dance video that featured several batchmates gamely dancing to the tune of 90s and current hit dance ditties. Rock band Ice Cold Buko Juice which traces its roots to high school had pre-recorded performances. Fellow 95er singer Juris Fernandez serenaded the online event with several songs, another talented singer Marjorie Intencion Suriba also had her lovely rendition of popular covers. Other bands such as Molave Junction and Dog Pound had pre-recorded and archived performances played during the homecoming, entertaining Ateneans from different decades.

The online event was a success as we reached more than 60,000 people. Alumni from different batches from across the world coming online to support the endeavor. We also received a significant amount of donations for our batch advocacy, the indigenous peoples scholars of our alma mater handled by the Ateneo Blue Knight Alumni Scholarship Fund.

The year 2020 was unforgettable for being a tough, dark period but it provided us several life-lessons of resiliency and unity. Best of luck to the2021 silver jubilarians Addu HS batch 96/GS'92 "The Frontknighters."