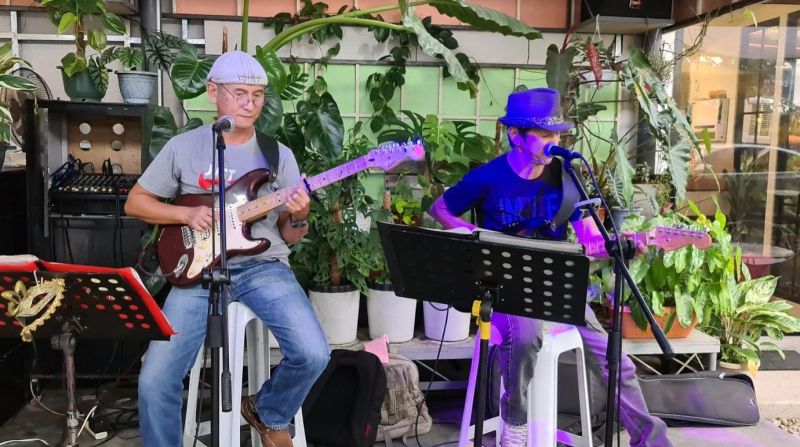 BACOLOD. Former international performers the Leeping brothers Tres and Angelo share their music with the locals at the East Yard. (Contributed photo) 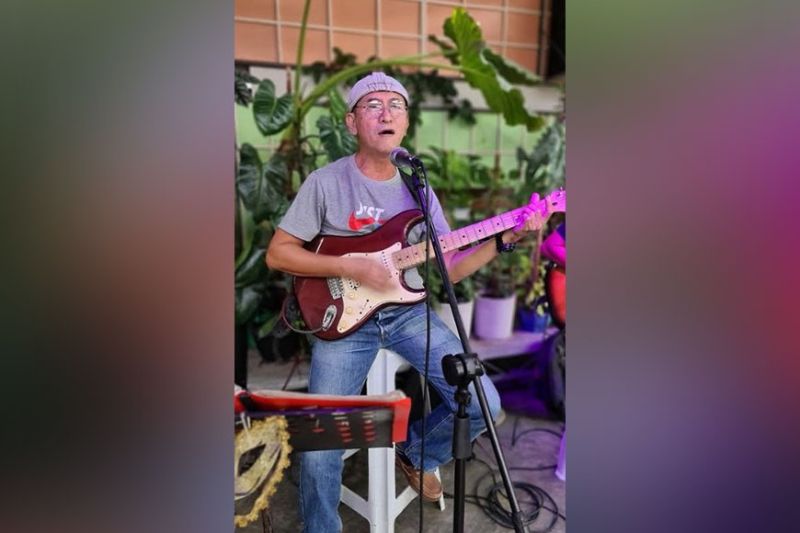 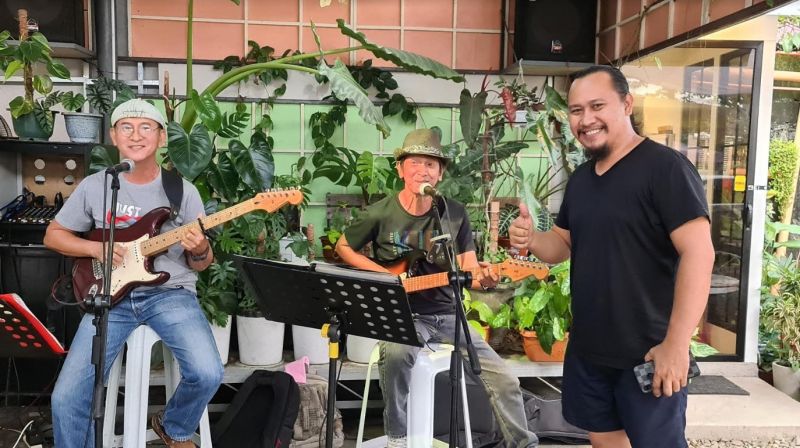 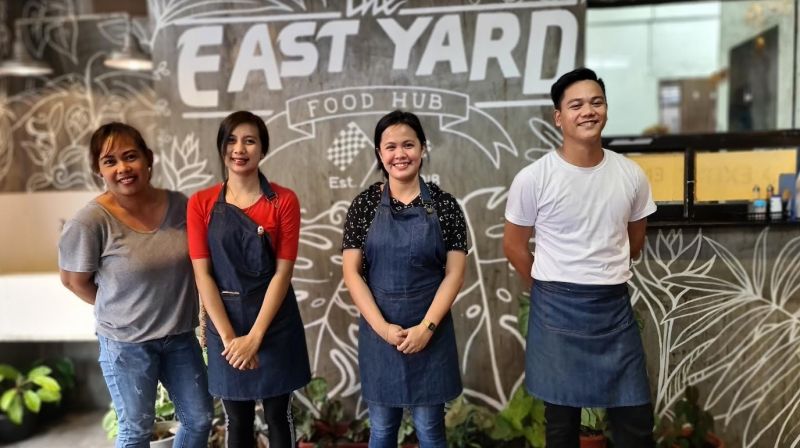 Tres and Angelo Leeping, who used to perform overseas, are now reunited with their family for good and have seized the opportunity to share their music with the locals.

The duo took their audience both the international and locals to the wonderland of ballads, oldies, classical, and country songs.

Life was so good when they were traveling abroad to share their talents through music.

The Leeping brothers are genius in playing their guitars blended by their golden voices.

Tres shared that they started their career in music at former Franzen Folk House located near the University of Negros Occidental Recoletos in Bacolod before they ventured to perform in Manila that served as their stepping stone in reaching the international arena.

They had performed in the Carnival Cruise, which travels to the United States, Australia, Caribbean regions.

They had also performed in Korea in 1992; Singapore in 1997 which were all land-based; also in Beijing, Shanghai and Sanya, all in China in 2000.

Their sea-based performances were at the Carnival Cruise from 2007 to 2016, joining the Retrospect band.

During their heyday, money was not a problem because they were well paid for their work abroad. There were times that they were just given six days to be with their family and then back again to work abroad which spanned for 11 months.

It was quite painful to leave your family with that short period that you have stayed with them. But those years were also meant for their good. Yes, it's sad to live far from your family. But that's life, Tres Leeping said.

It's been a long time now that they have not worked abroad since they decided to come home in 2016. More so with the Covid-19 pandemic, opportunities of working abroad became slimmer.

But the fact that they are with their families is already enough for them.

Shaun Villagracia and Atty. Joel Dojillo of the East Yard Food Hub provided the locals the opportunity to listen to internationally honed music when they brought the brothers into their stage.

"Music never ceases to add meaning to most of us, thus this is our way of enabling them to share their music with the locals. It's high time that the locals will enjoy the talents that they have shared with what they have worked hard abroad," Villagracia said.