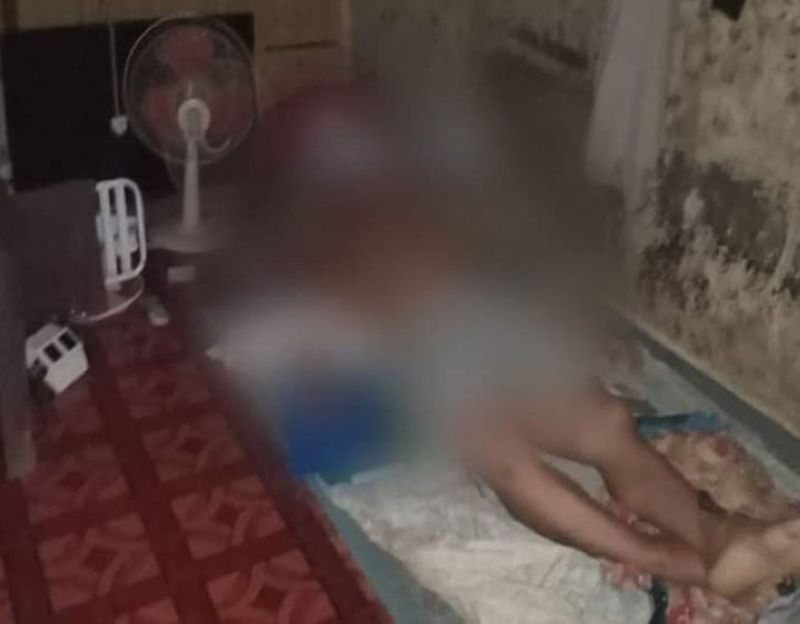 ZAMBOANGA. Policemen, armed with search warrant, raid the hideout of Abu Sayyaf leader Arrasid Adjing Halissam, alias Guru Ara, early Tuesday, February 2, in San Roque village, Zamboanga City. A photo handout shows the remains of the suspect, who was killed in a shootout that ensued as he resisted the lawmen. (SunStar Zamboanga)

A LEADER of the Abu Sayyaf Group (ASG) was killed in a shootout during a law enforcement operation in Zamboanga City, the police said Tuesday, February 2, 2021.

Ylagan said that Halissam opened fire as he tried to escape, prompting the arriving troops to return fire, killing the ASG leader.

Ylagan said the troops recovered from Halissan a caliber .45 pistol with ammunition, a grenade, and components of improvised explosive device (IED).

The suspect was recently monitored in Zamboanga City facilitating the recruitment of new members of Dawlah Islamiya (DI) and acted as financial conduits of DI and ASG.

Ylagan said that Halissam is a trusted associate of the slain emir of all Islamic State forces in the Philippines, Isnilon Hapilon, as both pledged allegiance to the ISIS in 2014.

He said Halissam is a member of the ASG-Zamboanga cell and was involved in various kidnappings and bombings.