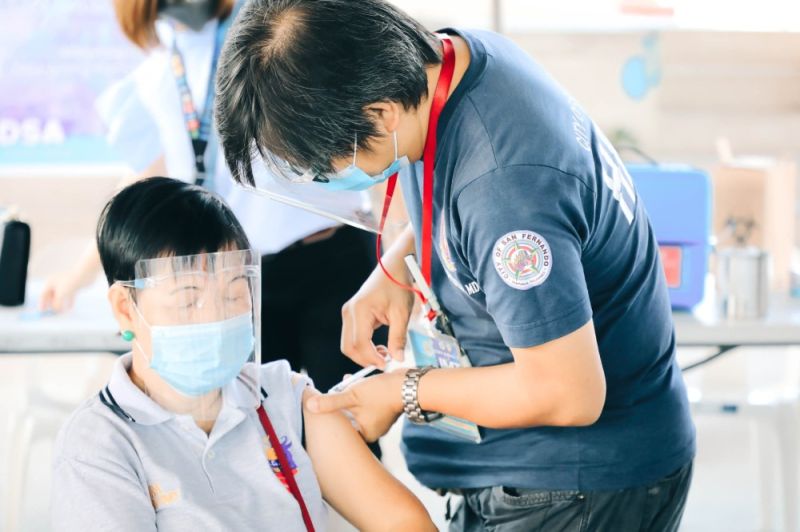 SEVERAL senior citizens from the village of San Nicolas in the City of San Fernando received free vaccination against pneumonia.

This, after the local government unit, through the City Health Office, launched its pneumococcal vaccination program on Tuesday, February 2, to prevent the spread of pneumonia among the elderly.

Pneumococcal polysaccharide vaccines (PPSV) are given to adults, aged 60 years and above, who are prone to age-related impairment of the immune system.

Salas also thanked the residents who voluntarily participated in the program to get their anti/pneumonia shots.

The CHO had allotted about 2,300 pneumonia vaccines and piloted with limited beneficiaries per community before eventually expanding to cover all barangays.

Vice Mayor Jimmy Lazatin graced the event and expressed his gratitude to the seniors who put their trust in the local government and supported the LGU's programs through the leadership of Mayor Edwin Santiago.

Alongside the pneumococcal vaccination program, the LGU also launched Tuesday the Measles-Rubella vaccination drive, a regular program of the CHO in partnership with the Department of Health.

Measles-Rubella vaccination program aims to protect children from zero to less than five years old from measles and rubella.

The CHO further urged all Fernandino parents to register their children for Measles-Rubella shots in their respective Health Centers until February 28, 2021. (PR)