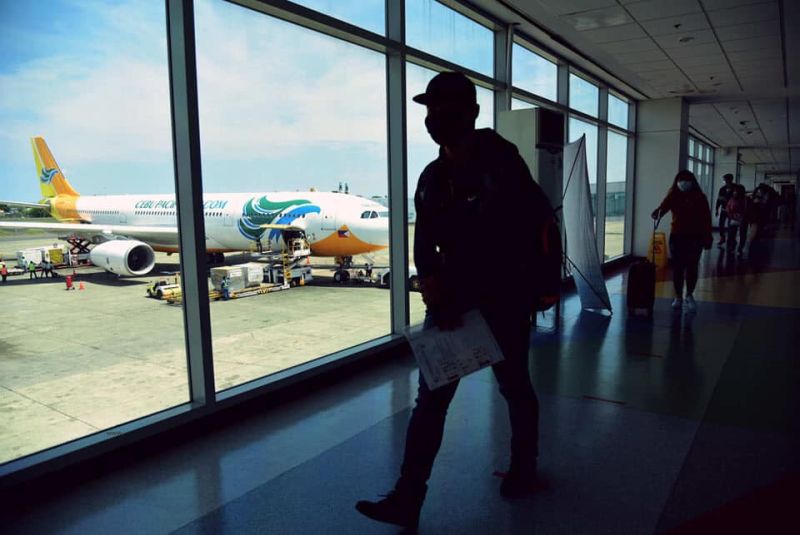 ALL air passengers are now required to submit their reverse transcription polymerase chain reaction (RT-PCR) test result upon entering Davao City via the Francisco Bangoy International Airport or the Davao International Airport (DIA), according to an ordinance passed on Tuesday, February 2.

The 19th City Council passed under third and final reading "An Ordinance Providing For Mandatory Testing Prior To Entry Into Davao City Via the Davao International Airport."

Proponent Councilor Mabel Sunga Acosta said the ordinance will only cover passengers coming into the city via DIA as it is the only point-of-entry where testing can be facilitated.

Acosta said the ordinance provides that all persons coming into the city are required to submit an RT-PCR test result taken within 72 hours or any other health verification documents that may be needed to confirm the status of his/her health before entry.

The ordinance, according to the councilor, reiterates the city's requirement for a negative RT-PCR result along with a valid government identification card (ID) for all incoming passengers.

Section 3 states that persons with no negative test result shall be tested at the place of entry and will remain at a government sanctioned quarantine facility while waiting for his or her result.

In addition, those who present falsified test results will be re-tested. Once found positive for the virus, the apprehended individual will be turned over to law enforcement agencies for filing of cases.

Also, those who will leave the quarantine facility or waiting area without proper authorization will be penalized and will be returned to the facility or area until the issuance of the result. He/she will then be released to the law agency for custody.

Section 4 of the ordinance states the following prohibited acts: refusal to comply with the mandatory testing, leaving the designated waiting area or quarantine facility without proper authorization, and assisting individuals in committing the prohibited acts.

Those who leave the facilities and those who will help them in escaping the facility will be penalized with an administrative fine of P5,000.

No penalties, however, were put up for those who will refuse to comply with the mandatory testing.

The ordinance will last within the duration of the State of Public Health Emergency.

Acosta said the ordinance complements the issued Executive Order 63, which declares the city as a "restricted local government unit" since November 18, 2020.

She said the city instituted the free RT-PCR testing at DIA to ensure that those entering, especially from "high-infectious zones," are negative of the virus.

But the city currently suspended the free RT-PCR testing at the airport.

Individuals who will arrive in the city with no negative test result are mandated to fill up necessary forms and will be required to undergo a 14-day home quarantine.

During the regular session on January 26, Arnold Abejaron of the City Prosecutor's Office said during the hearing that putting on hold passengers who refused to be tested and those who would be returned to their point-of-origin cannot be considered a "mere arrest" considering they are given the option.

Councilor Diosdado Mahipus Jr. also remarked that the ordinance cannot be used as a "deprivation of their right to travel" since the country's Constitution provided an exemption in case of public safety and health, where the ordinance falls under.

Acosta, meanwhile, said the ordinance is limited at the DIA for now due to lack of onsite testing for land travelers.