Help came from miles away 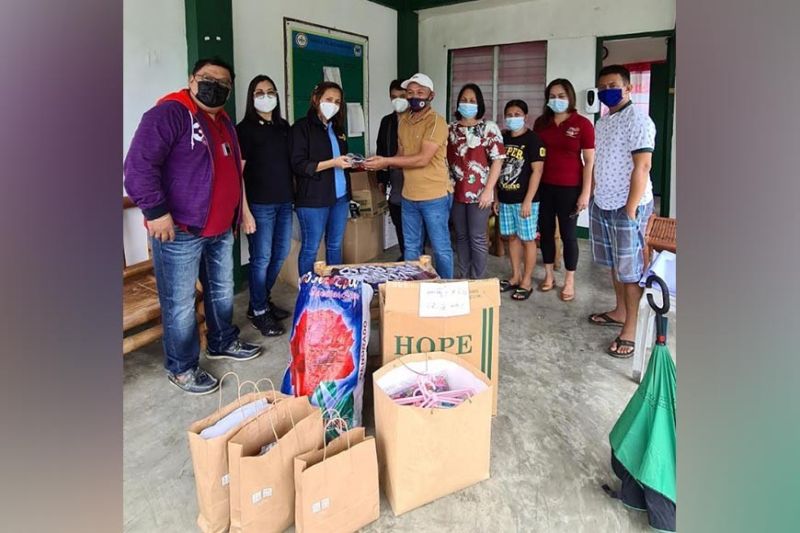 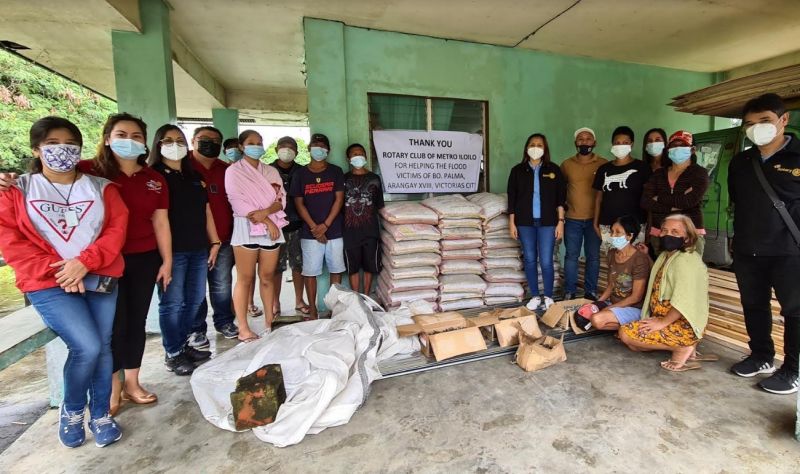 TURNOVER: These are the housing materials donated by the Rotary Club of Metro Iloilo through the initiative of RCMI President Adrian Funtelar to the flood victims of Barrio Palma, Barangay 18, Victorias City. (Contributed photo) 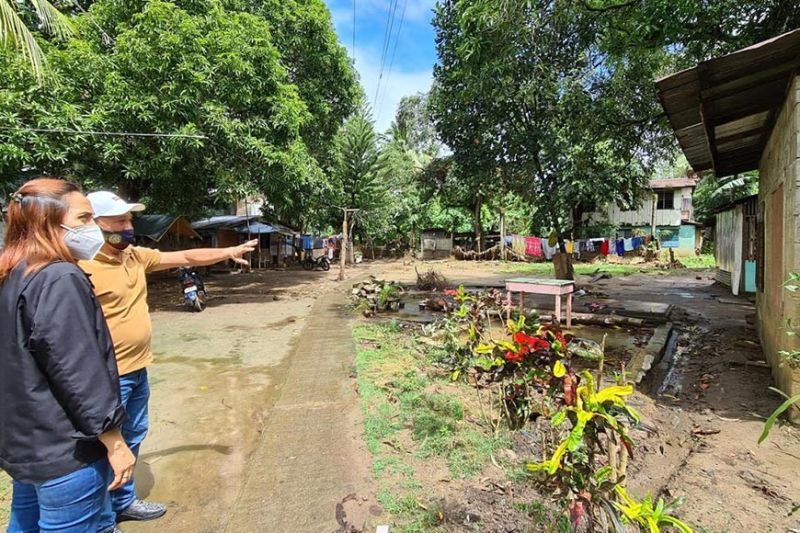 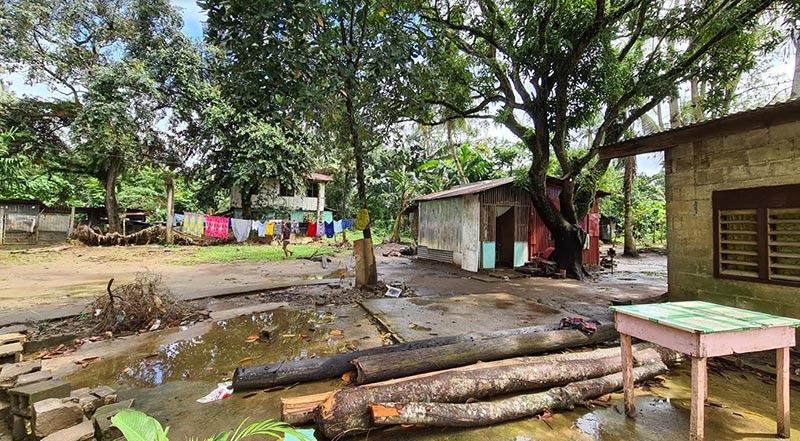 VICTORIAS. Only the house flooring was left after the flash floods. (Contributed photo) 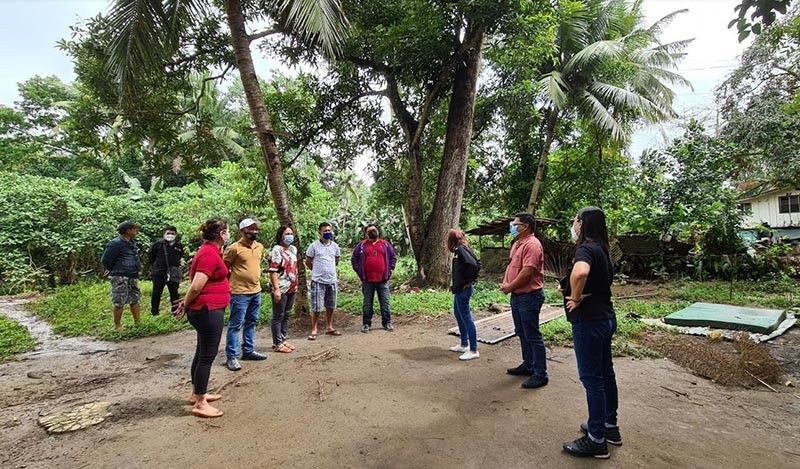 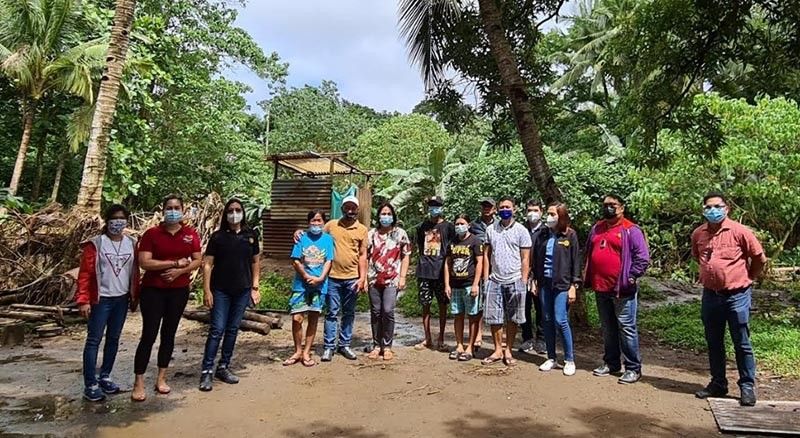 VICTORIAS. RC Bacolod - East, Barrio Palma, Barangay 18 residents, barangay officials, City Administrator Dino Acuña extend their gratitude to RC of Metro Iloilo through its president Adrian Funtelar for the donation of the housing/construction materials to the flood victims to aid them in rebuilding their homes. (Contributed photo)

HELP came from miles away as Rotary Club (RC) of Metro Iloilo has found ways to extend the needed assistance to the flood victims of Barrio Palma, Barangay 18 in Victorias City.

RC of Metro Iloilo through its president Adrian Funtelar thought of this worthy project.

But due to the fact that they could hardly cross the sea because of the Covid-19 pandemic, they decided to jointly undertake the project in partnership with the Rotary Club of Bacolod - East (RCBE) through President Belinda Siason - Gochuico with the kind facilitation of past president Maricar A. Octaviano.

President Funtelar conveyed a message, "We are blessed that we were able to realize such a Rotary project like this which is doable as far as our Club is concerned through a joint project with RCBE. This is a worthy project and badly needed by the flood victims in Victorias City. On behalf of the Rotary Club of Metro Iloilo, we would like to thank President Belinda and the Rotary Club of Bacolod - East for being our partners in this project. To Punong Barangay Rodelino " Taboy" Latoza and the constituents of Barrio Palma, Barangay 18, Victorias City, we hope that the housing materials would go a long way in helping the victims rebuild their homes and lives. Our hope is that they would also be able to "Pay it Forward", by helping someone else who is in need in the future," he said.

On February 2, the RCBE team went to the site to turn over the construction materials donated by RC of Metro Iloilo for the benefit of the 13 families whose houses were washed out by floods. The RCBE likewise donated used articles of clothing and facemasks to the residents.

They saw the destruction caused by the flood which occurred last New Year's Eve and succeeded by another flooding incident on January 8.

Thirteen families were still on the verge of coping from the tragic incident.

Some families were sheltered temporarily in some vacant safe houses owned by Victorias Milling Company, but they could not prolong their stay there as a matter of corporate policy.

Some Rotarians representing the Rotary Club of Bacolod-East led by President Siason-Gochuico and incoming president Lizael "Nonoy" Lampines, past presidents, members, and spouses came there and met the affected families along with some barangay officials led by Punong Barangay Latoza.

Victorias City Administrator Dino Acuña also met the visiting Rotarians, Barangay Captain Latoza, his fellow Barangay officials, and the flood victims to convey the city's appreciation to the donors and likewise to see the current conditions of those families affected by the flood.

Latoza led the Rotarians to the location of the damaged houses.

He also cited that even the Malihaw River, which is located near the damaged houses, was significantly widened by floods.

"The floods were intense in those times that exceeded the typical height of the inhabitants and the structures. We were monitoring and were very attentive to the unusual sounds of destruction we could hear and we even asked each other, whose house was that?" Latoza said.

After the incidents, the residents helped each other in whatever means.

Latoza extended their thanks to the two Rotary clubs which initiated the assistance.

"We are very thankful for your kindness and generosity. This will mean a lot to the families whose lives were affected by the incident," he said.

President Siason-Gochuico also conveyed the gratitude of the club to its partner Club Metro Iloilo through President Funtelar. Also to Captain Latoza and to all families who benefited from this help.