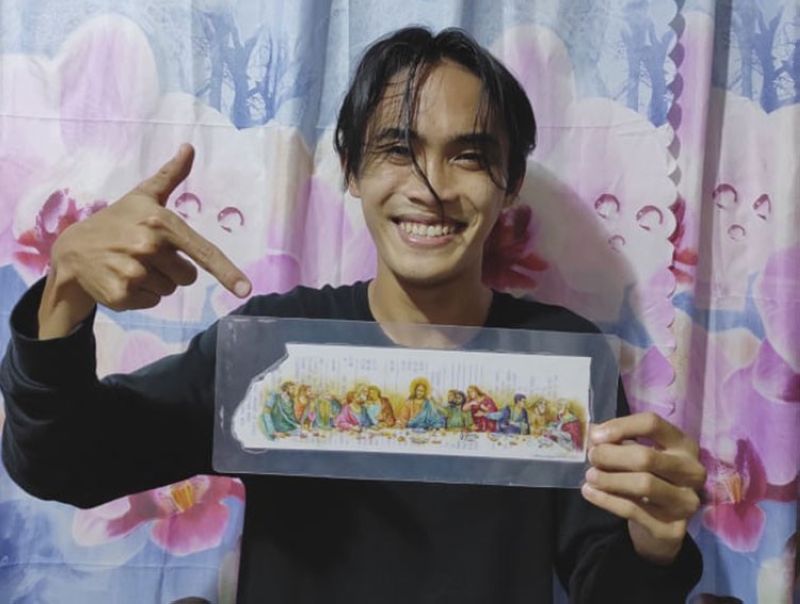 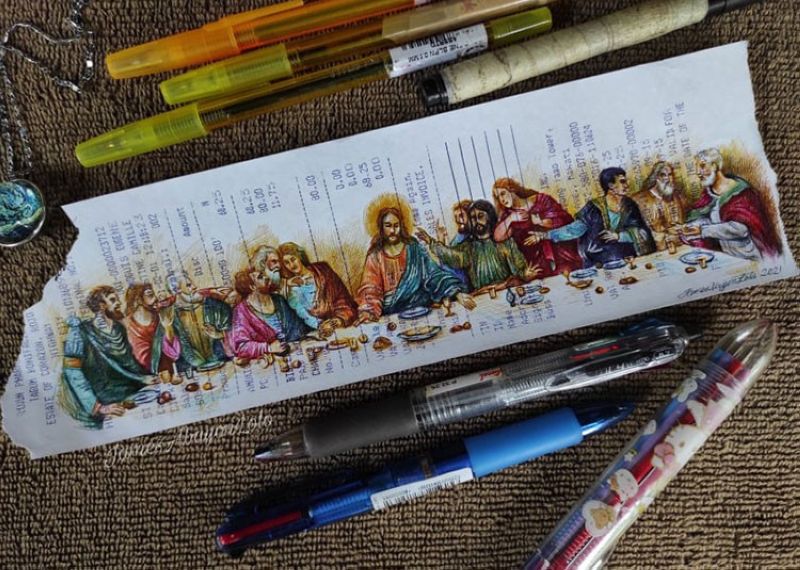 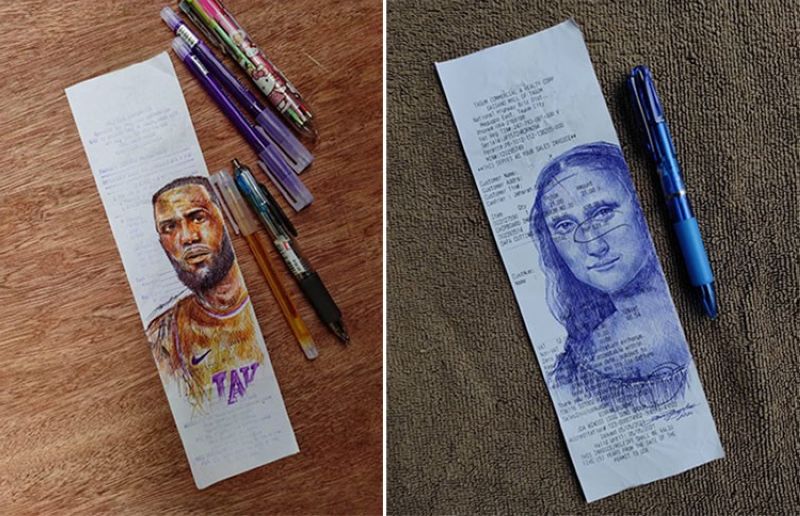 LIMITED resources did not hinder James Abayon Lolo from showing and expressing his talent in drawing. He makes do with what's available around him and does it beautifully that recently his drawing of The Last Supper using different colors of ballpoint pens became viral on social media.

James is a 21-year-old Technical Vocational Education student from the University of Southeastern Philippines in Tagum City. He majors in Agricultural Crops Technology. Ever since his elementary and high school years, James was already very interested in drawing, particularly sketching using ballpens. Because he did not come from a rich family, his resources were limited. Because of this, he learned to adjust and be content with what's around him like ballpens, crayons bought for him by his mother, and a few coloring materials given to him by friends.

Overtime, his talent of drawing brought him to regional poster making competitions (which he won as champion when he was in Grade 11) and eventually, he was even sent to compete in Camiguin and Dumaguete City.

It was during his high school years in Anibungan, Maco, Davao de Oro that he really started getting more serious with the ballpoint pen as a medium in drawing. James shared that when he draws, he immediately starts with the pen and no longer needs a pencil mark to guide him. Most of his drawings, he said, have photo references which he copies from to make his drawing easier.

"Lisud gyud ang ballpen as medium kay dili na siya ma-erase pero pag matarong na siya og shading ug render, vibrant gyud iyang colors (Drawing using ballpen is really difficult as you can no longer erase but once you're done with the shading and rendering, you will see that the colors are actually vibrant)," said James, who doesn't have a formal arts education and is purely self-taught in the craft. He, however, hopes that in the future he will be able to afford an arts class to improve his skills further.

He first discovered his skill when he would scribble at the back of his notebook, sometimes even during long hours in class. One time, his sketch while in class even became viral on social media. Instead of being angry at him for not listening in class, the teacher was proud of his talent.

James doesn't have a particular ballpen of preference. Starting out, he would just make use of whatever ballpen he could find at home. Other times, his friends and classmates would even give him their colored ballpens that they don't use anymore. They would particularly tell him to use it in his drawings.

During semester break, he can finish an artwork in a single day. But now that the online classes have started, he gives longer time allowance to complete an artwork as he prioritizes his studies.

Although there are already a number of artists pursuing ballpoint pen drawing, James understands that the demand for it is not yet as strong as that with watercolor or oil painting. He said he thinks this is because other art enthusiasts are not that familiar yet with this medium.

James' father, who used to work as a truck helper pre-pandemic, lost his job and has had difficulty finding one since. His mother is a housewife. This is why when the pandemic came, it was harder for their family to meet their needs. But James' talent and skills in drawing has somehow saved them from total difficulty. With him frequently posting his artwork on different Facebook groups, he would meet clients who admired his work and ask him to draw portraits of their loved ones or celebrities they adored as gifts for family and special someone.

On good days, he could even earn about P20,000 a month by just drawing. On some days it's as low as P5,000 but in some days there could be none at all. It's especially challenging now that he needed to attend his classes as well.

But now, as Valentine's Day is nearing, James said he would be open for art commissions still. He even jokingly said: "Kung love niyo ang uyab niyo, bibigyan niyo siya ng drawing ng mukha niya but if dili mo kabalo, ipa-drawing na lang sa akoa (If you really love your girlfriend/boyfriend, you will give him a drawing of his/her face but if you don't know how to, you can ask me to do that for you)."

As he also understands the struggle of being a student, he assures that his drawings will be based on the budget capacity of his clients.

James' story is only a testament that current financial status is not a hindrance to expression of one's talent.

"Do what you love. Love what you do. Tan-aw sa mga butang sa imong palibot, basin diha pwede ka makagawa og masterpiece (Look around you, you may find something useful for your masterpiece). Go beyond creativity," he said when asked his own personal mantra that he would be willing to share to struggling artists like himself.