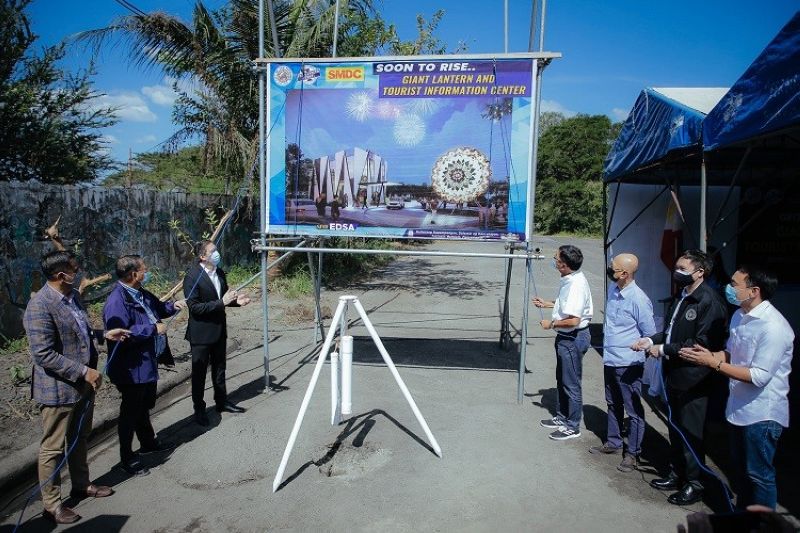 THE City Government of San Fernando is stepping up its game towards sustaining its brands as the country’s “Home of the Giant Lanterns” and “Christmas Capital” as it is set to develop a center that will showcase the centuries-old tradition of giant lantern making.

On February 4, 2021, in time for the City of San Fernando’s 20th Cityhood anniversary celebration, the City Government, along with the SM Development Corporation (SMDC), held the official groundbreaking of the Giant Lantern and Tourist Information Center at the former Paskuhan Village here.

The two-story building, which has a total floor area of 500 square meters, will sit in a 5,000-square-meter land area donated to the City Government by Premier Central, Incorporated (PCI), a subsidiary of SM Prime Holdings Corporation.

Santiago said the building will house an exhibit space, a museum, pasalubong shop, a library and archives center, an office for the City’s tourism department, and a conference room.

The remaining portion of the land area will be built with an amphitheater that could hold different activities.

According to City Engineer Anele David, the construction of the center and amphitheater will be free of charge and will be shouldered by the said private firm.

On July 2, 2020, the City Government and PCI formally signed a deed of donation for the said land area and two projects as part of the amicable settlement between the firm and the City.

This served as a “go signal” for the City Government and SMDC to begin the development in the area, including several meetings for the building’s design and details and the planning for its groundbreaking.

“The future Giant Lantern and Tourist Information Center will become a beacon for Filipinos and the rest of the world to witness the glitter and beauty of your city, your rich heritage and culture, and the Fernandinos’ ingenuity, artistry, and craftsmanship,” said Jose Mari Banzon, SMDC president.

Following the groundbreaking ceremony, the SMDC will now begin the primary steps in construction and the Giant Lantern and Tourist Information Center is expected to be launched before the year ends. (PR)