‘No BaCTrac, no entry’ effective March 1 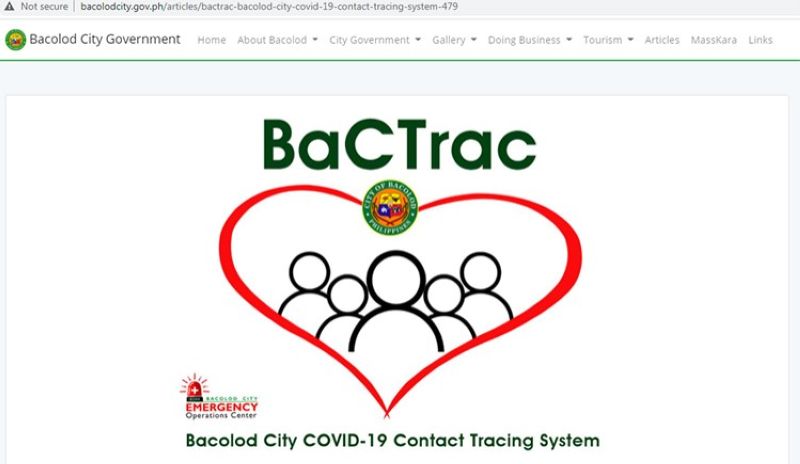 ARE you from outside Bacolod but need to go to the city? Are you planning to buy something, dine in restaurants, or any purpose that requires you to enter a business establishment here? Make sure you have your BaCTrac with you.

Effective March 1, 2021, the City Government of Bacolod will implement a “no BaCTrac, no entry” policy among all business establishments including hotels and restaurants.

Dr. Chris Sorongon, deputy for medical and data analysis of the Emergency Operations (EOC) Task Force, on Sunday, February 7, 2021, said the move is part of the proposed amendments on the City Ordinance 941 or the “Covid-19 Contact Tracing System Ordinance of Bacolod City.”

Sorongon said this is also part of the commitment of the local businesses, who requested to further relax the implementation of a partial liquor ban in the city.

“Even if you’re from other cities and towns in Negros Occidental, much more if you’re from outside the province like Iloilo, you have to have BaCTrac when entering the business establishments here,” he said, adding that the move is seen to further help curb coronavirus infections in the city.

The Bacolod Contact Tracing System or BaCTrac is a web-based and mobile-based app developed for efficient and expeditious contact tracing of confirmed coronavirus-positive patients in the city and allows the EOC Task Force to easily locate people suspected of having contact with Covid-19 patients.

Sorongon said the use of a logbook will no longer be allowed as this can be a source of virus transmission.

At present, most business establishments are still allowing people to enter their buildings even without BaCTrac provided they have to write their personal details in a logbook.

Sorongon said establishments are supposed to submit their logbooks to the City Health Office (CHO) but only a few are doing such.

“Unlike the logbook, the BaCTrac System is digital so we can easily identify possible contacts of a Covid-19 positive patient,” he said.

The use of the BaCTrac System is mandatory in Bacolod City.

Some establishments, including business process outsourcing (BPO) firms, were earlier issued notices of violation for failure to implement the city’s contact tracing system.

Under City Ordinance 941, penalties ranging from P1,000, P2,500 and P5,000 and/or imprisonment for not more than six months for the first, second, third and succeeding offenses, respectively, await private establishments and government offices that fail to comply.

The EOC Task Force official said an Executive Order (EO) providing for adjustments in the implementation of partial liquor ban in the city is underway.

Consumption of alcoholic beverages in public places, including hotels, restaurants and other fine dining establishments, will be allowed from 6 p.m. to 9 p.m.

The allowed period for purchase of these products will still be from 12 p.m. to 6 p.m.

Sorongon said this is the city’s response to the request of the Hotel and Restaurant Association of Negros Occidental to allow establishments to serve alcoholic beverages to their clients.

“We will have a trial period for the whole month of February as soon as the EO is signed,” he said, adding that Mayor Evelio Leonardia is expected to issue the order anytime this week.

The business group committed to guarding its ranks. This means that it will monitor its member-establishments and discipline erring ones.

Sorongon said it is part of keeping the wheels of the economy turning back and that the city is also on the side of caution.

“Any particular surge in the Covid-19 cases, like from the current one digit to double, we will then immediately lift the adjustment and revert to the previous guidelines,” he said, adding that the business leaders have agreed to it.