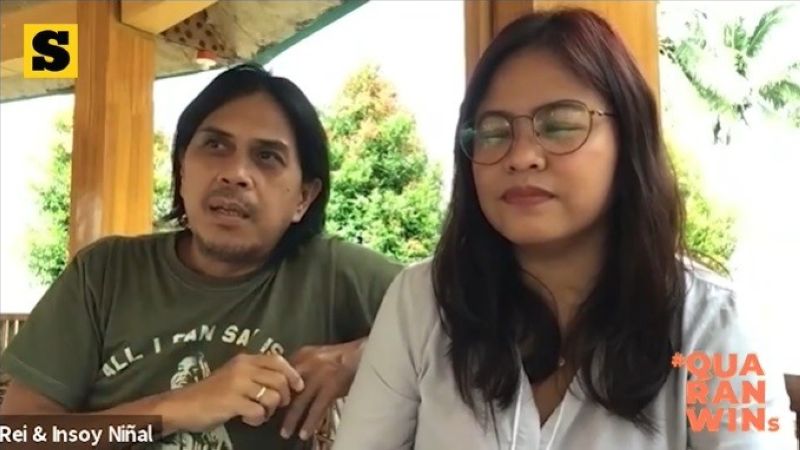 The movement to support local has already long existed, but it is only during the world’s darkest moments where people have truly embraced the campaign.

Supporting and purchasing from local vendors is one thing that almost everybody does already because this is the most common act in terms of supporting local. However, when one empowers their fellow locals and strives to grow and succeed altogether, that surely is an inspiring feat worth telling.

“We weren’t tied down to anything since wa man miy day jobs puros, we only had side hustles. Napun-an pa gyud nga ni announce ang schools about the suspension,” they shared.

Moving to the province was reserved in the pipeline for 10 years’ time or at least when they have both retired. However, after much deliberation, they left the all-too-familiar sleepless city for the lush, scenic views of Pinamungajan, Insoy’s hometown.

“The life here is very relaxed and the cost of living is very cheap,” they shared.

There’s a huge difference between city and provincial life but what struck them the most was the sense of camaraderie within the community. As nice and as laid back as their new life was, the couple confessed that they weren’t short of challenges.

“Nabaghu-an gyud ko because I was always a city girl since birth,” Rei shared during an interview for Quaranwins, SunStar Cebu’s digital show featuring small and micro businesses that opened during the pandemic.

To cope with the unfamiliarity with the provincial life, Insoy showed Rei the things he enjoyed: having a meal with the community; spending time with neighbours and friends who also returned to Pinamungajan; and farming.

Slowly but surely, Rei’s doubts soon faded away. Through farming, she too experienced what it was like to “go back to basics”.

To keep their sanity, as Insoy put it, they invested in farming and bought a lot in Lamac.

“Ang naka-nindot sad sa farming, we got immersed sa community. When we bought the lot sa bukid, we also met the locals. So we asked a person to take care of the farm, and ang iyaha sab is nakatabang sab siya sa iyahang community kay he hires them man sab to help him,” Rei shares.

The couple shared that it makes them happy to see locals brim with happiness because through them, they helped the locals earn income during the pandemic.

While enjoying their time, they were also exploring ways to earn income.

“We were panicking one time, unsaon nato ni nga we couldn’t see any end, as of now, sa crisis. We keep on spending and spending the little savings that we have and wa ganiy tay income. So we started meeting with friends diri sa bukid and talked to them unsay products sa bukid nga pwede namo mabaligya” Insoy recalls.

One day, they visited a farm in Pinamungajan that focused on producing coconut products.

Upon discovering the coconut “wastes” like husks and coconut fibers lying around in the farm, they immediately went to work, producing something sellable out of the scraps.

Jiving on the plantito / plantita trend, they used the wastes and transformed it into rope, fertilizers, pots-- anything that catered to the needs of plant-enthusiasts.

Suddenly, they were starting to get overwhelmed with the orders. In the beginning, it was just both of them until eventually, a team started growing and flourishing; helping more locals in the area earn income.

Since Insoy and Rei’s experimental stint in turning these “wastes” into treasures, the locals in the area have also started to become more innovative in thinking of ways to maximize the bi-products of the coconut. Gone are the days where they solely relied on copra.