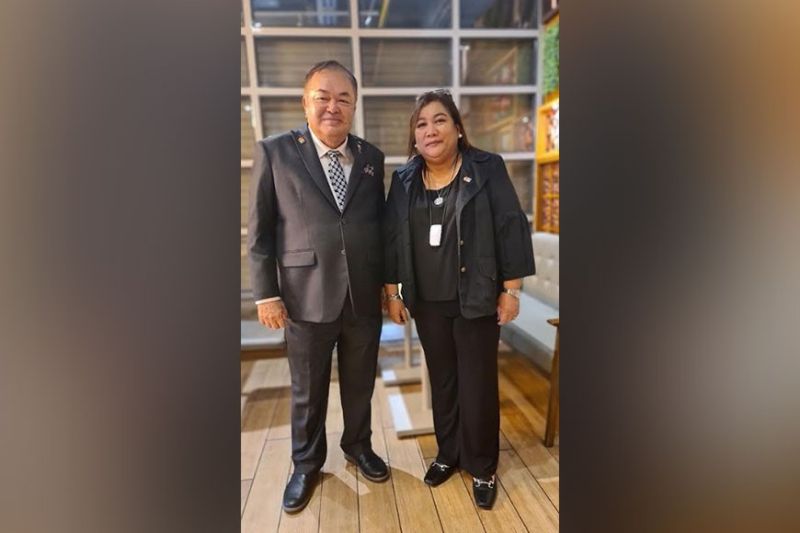 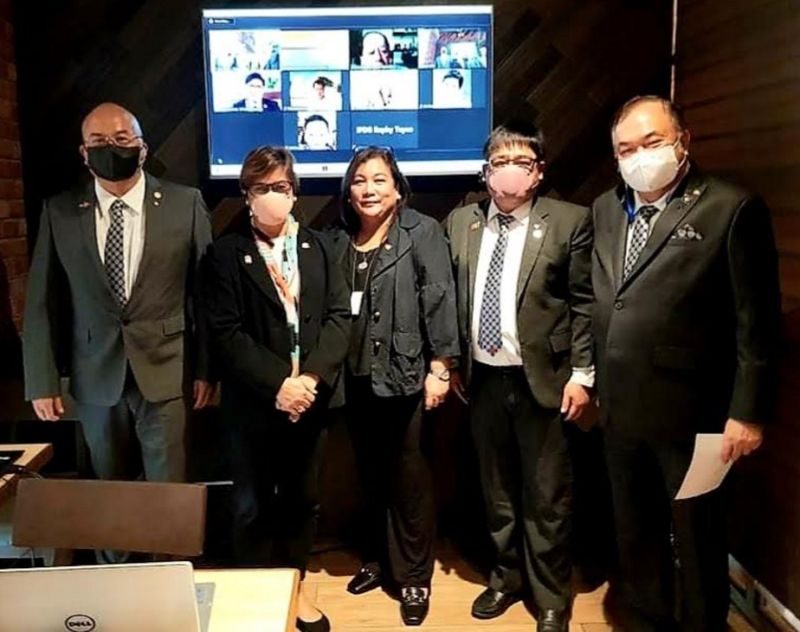 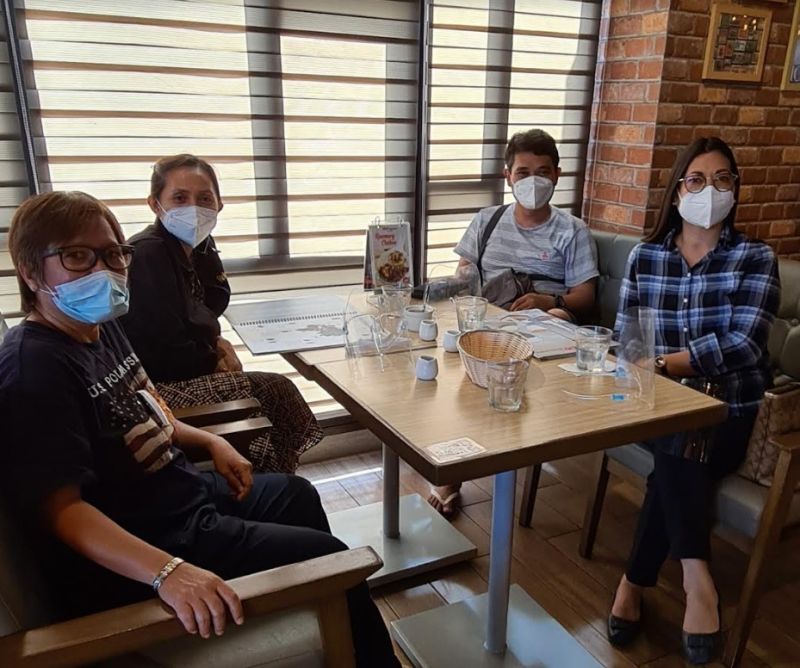 BACOLOD. Rotary Club of Bacolod East President Belinda Siason Gochuico (2nd from left) with Past President Carla N. Cañet, RCBE member Engineer Joemarie Gochuico and Past President, Past District Secretary, and former Bacolod City Councilor Sonya M. Verdeflor having a cup of coffee while the DNC conducts its deliberation on the three candidates for the new DGND for 2023 - 2024. (Photo by Carla N. Cañet) 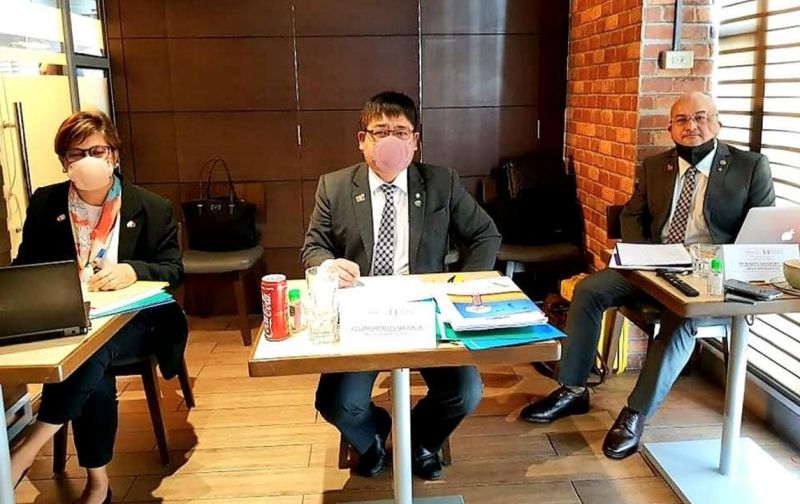 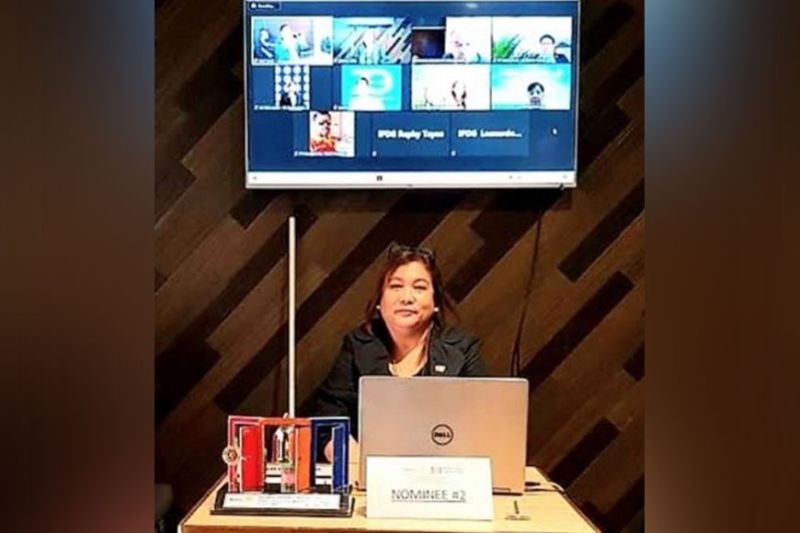 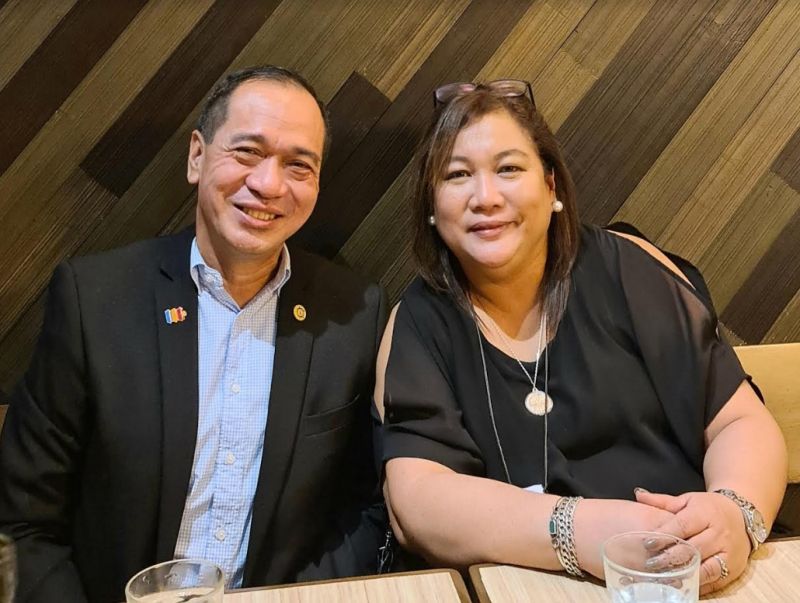 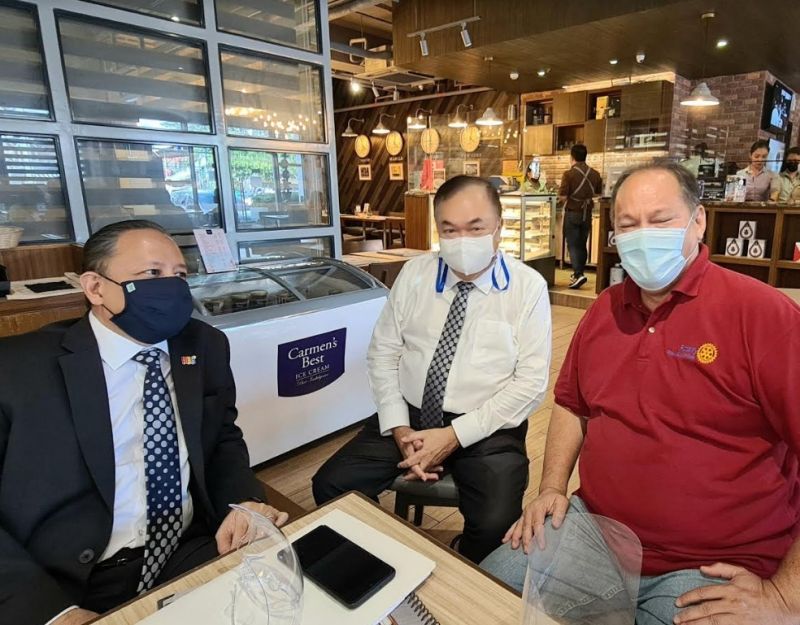 THERE goes the sun gleaming toward a seasoned media practitioner from Bacolod City, Negros Occidental, as she will be governing the Rotary International District 3850 come Rotary Year 2023-2024.

Maria Ester "Mate" Espina, who comes from a family of journalists and artists and currently serving as the district chair for public image and RI appointed Assistant Regional Public Image Coordinator for RY 2021-2022, was chosen as District Governor Nominee Designate (DGND) for 2023-2024 by the District Nominating Committee last February 6, 2021, Saturday, at the UCC Cafe in Lacson Street, Bacolod City.

The three candidates underwent extensive deliberation, wherein they presented their knowledge and experience in Rotary service, their achievements in civic works and their professional lives.

Governor Louie Gonzaga said, "I want to thank our District Nominating Committee for their commendable efforts in undertaking a very critical choice to ensure our District's future leadership. I wish to congratulate our three candidates for offering themselves, their persons, their capabilities and experiences, to our District's leadership pool. They are, indeed, in the 'pipeline' for our District's robust and creative leaders."

DGND Espina will be serving as the third female governor in the district.

She will be joining the roster of lady governors PDG Nanette Garcia and PDG Emma Nava.

As a recollection, PDG Garcia served as the first lady governor and then followed by PD Lady Governor Emma Nava of RC Central Iloilo City in their respective years of stint.

Moreover, the future Rotary Governor Espina shared her worthwhile media career where she started her stint in media as a correspondent of The Manila Times for over a decade and also wrote for Associated Press, Manila Standard, and Newsbreak.

She also worked as managing editor of Bylines Magazine and XpressCom.

She was also a columnist for The Visayan Daily Star, had a short stint as a columnist of SunStar Bacolod, and currently writes for Panay News and Digicast Negros.