Duterte may allow use of schools as vaccination centers 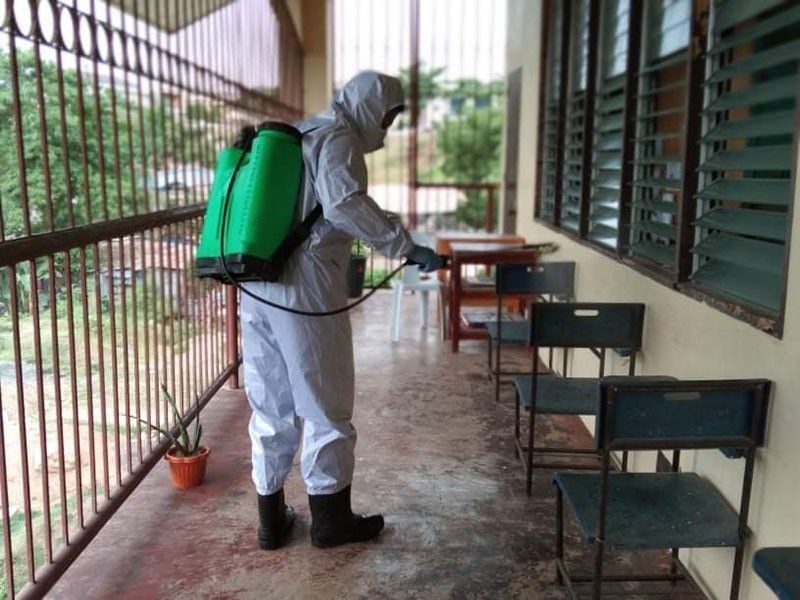 CEBU. In this photo taken in August 2020, an employee of the Mandaue City Disaster Risk Reduction and Management Office disinfects part of the Casili Elementary School. (File)

PRESIDENT Rodrigo Duterte on Monday evening, February 8, 2021, said he may allow the use of public schools as vaccination centers if there is no other available space, especially in the urban areas.

“If there is no malaking mga coliseum o gym, then we will utilize the schools. Kung maaari lang huwag muna but I do not see any — any objectionable thing there tutal pang-injection man lang, wala naman nagkasakit,” he added.

The President originally ordered to conduct immunizations in police stations and military installations in far-flung areas. He said that if there is no suitable venue, then the military camps would suffice.

But it would be a different scenario in urban areas, he said, noting police stations or military installations would not be enough to accommodate large crowds.

At the same time, the President said the police and the military should help maintain order during vaccination campaign. The military should reinforce police forces particularly in remote sitios and barrios, he stressed.

“But the police and the military should help discipline the — there should be in the rural areas na kulang ‘yung pulis, especially ‘yung mga sitio-sitio na, it would be nice to see the military also helping out,” he said.

During the meeting with the President, vaccine czar Carlito Galvez Jr. said that military hospitals would definitely be used as vaccination centers.

The country’s uniformed personnel will play an important role in the vaccination campaign particularly by providing security in transporting the vaccines, according to Galvez.

The police and the military will also maintain order in vaccination centers and ensure that health protocols are being followed.

Galvez also reported that the Inter-Agency Task Force for the Management of Emerging Infectious Diseases (IATF) has visited 14 cities to assess the preparations at the local level.

He said local government units (LGUs) are already well-prepared in carrying out different tasks and are doing early preparations such as simulations and rehearsals for a nationwide inoculation.

Some 117,000 doses of the Pfizer-BioNTech vaccine will arrive in the country this month through the Covax facility. (PR)