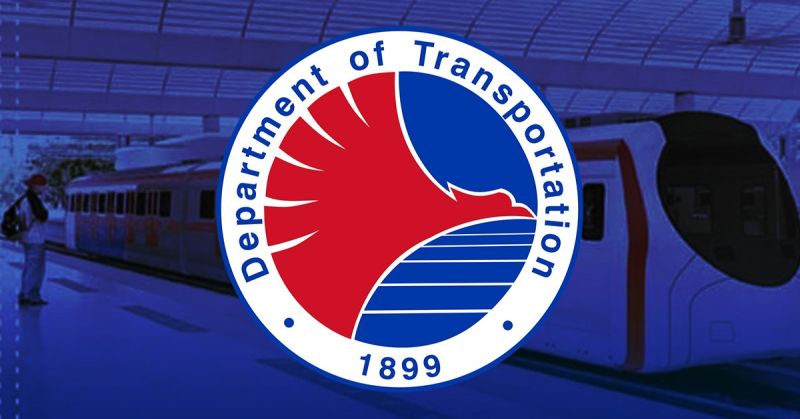 THE Department of Transportation (DOTr) warned the public against individuals or groups "purportedly posing" as representatives of the agency soliciting money.

DOTr Assistant Secretary Eymard Eje said in a letter to Mayor Sara Duterte-Carpio, which was posted on the City Government of Davao Facebook page on Tuesday, February 9, 2021, that they received reports that there are some individuals soliciting funds, money or favors "in exchange for alleged benefit or favor, or for any other cause and purpose."

"It has come to the attention of the Department of Transportation Mindanao Railway Project (MRP)-Project Management Office (PMO) and the High Priority Bus System (HPBS) that there are some individuals or groups who have been purportedly posing as representatives and/or agents of officials and personnel of the DOTr MRP-PMO and the HPBS, or are name-dropping said officials and employees in fraudulent and unlawful schemes to solicit funds/money/favors [sic]," the DOTr official said in the letter dated February 1.

Eje said that DOTr MRP-PMO and HPBS did not authorize any person, groups of persons, or even its personnel to solicit money or other things of value from the public.

"These solicitations are fraudulent, unauthorized, illegal, and absolutely prohibited. The DOTr MRP-PMO and HPBS condemn these activities in no uncertain terms, and categorically deny any involvement or participation in said schemes," he said.

The DOTr official reminded and advised the public to avoid transacting with these people, and to directly address their concerns to the proper offices of DOTr MRP-PMO and HPBS, or any authorized body or committee, using official channels of communication.

Victims who had transactions, or have any useful information are urged to report it to DOTr for appropriate action and investigation, he said.

Eje said they will not tolerate these kinds of illegal activities.

Meanwhile, the National Economic and Development Authority (Neda)-Davao said in a recent virtual presser that the MRP-Tagum-Davao-Digos (TDD) segment is expected to start its construction by the second quarter of 2021.

Lim said the MRP-TDD will provide the passengers travelling between Tagum and Digos a safe, fast and reliable transportation on the TDD commuter line."

While the City Government recently launched the Interim Bus System (IBS), the first phase of the HPBS, on February 4, 2021.

HPBS Manager and Assistant City Administrator for Administration lawyer Tristan Dwight Domingo said in a recent interview that the HPBS is expected to be fully operational in the year 2023.