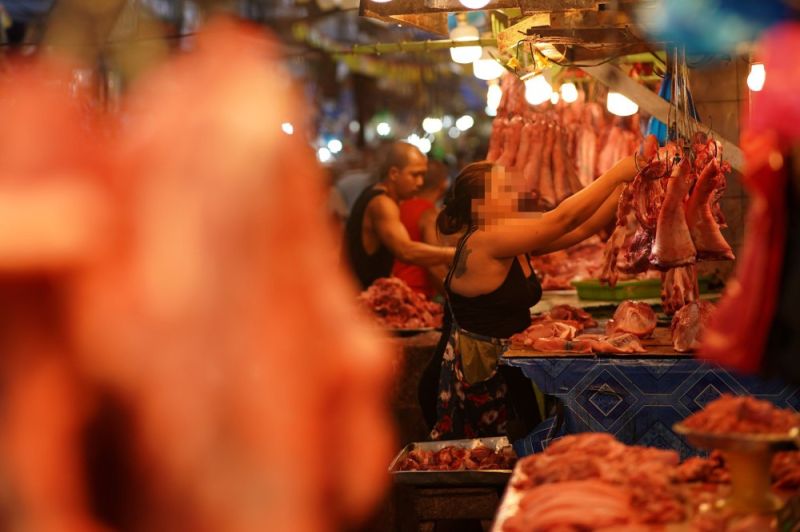 THE Department of Agriculture (DA)-Davao is considering imposing a 60-day price ceiling on pork and chicken products in the region as their prices soared due to a supply shortage caused by the outbreak of African Swine Fever (ASF).

Alexander Sibuan, DA-Davao Agribusiness and Marketing Assistance Division project assistant, said during a committee hearing on Monday, February 8, 2021, that they are currently weighing the matter on imposing a price cap on both farm gate and retailing.

He said they are going to invite different stakeholders, including hog raisers and meat vendors, and they will decide the appropriate prices for these products.

"Isa na sa amo gina-consider as of this time para at least ma-regulate ang presyo sa (We are considering it as of this time to at least regulate the price in) Davao City and the rest of Region 11," Sibuan said during the Committee Hearing on Pork Price Increase, spearheaded by the 19th City Council Committee on Agriculture.

The DA official said they will impose the same price ceiling in Metro Manila, which took effect on the same day of the hearing.

"More or less muparehas ta sa (we willing adopt the) price ceiling sa (imposed in) Metro Manila, or depende na siya sa discussion with the consultation sa ato (it would depend on the discussion during our consultation with) stakeholders. Tagaan nato og (We will be giving a) comparison with the production cost and margin sa atong (of our) retailers," Sibuan said.

President Rodrigo Duterte issued Executive Order 124 that sets price ceiling on chicken and pork in Metro Manila not higher than P270 per kilo for the price of kasim or pigue, and P300 per kilo for liempo, and P160 per kilo for dressed chicken.

The imposition of a mandated price ceiling was the National Government's response to the rising prices of pork and chicken products in Manila.

Based on DA's price monitoring as of February 3 at the Bankerohan Public Market, pork kasim is P285 average per kilo, P320 for pork liempo, P350 for pork belly, while P190 for dressed chicken.

Over the past few weeks, pork was sold in markets at more than P300 per kilo and chicken for almost P200. Prices of vegetables and other basic commodities also increased.

However, Hog Farmers Association of Davao Inc. (Hogfadi) president Eduardo So, who was also present during the committee hearing, said placing a price cap is not the right solution to the looming problem.

"Instead of encouraging the integrators to go back to producing [pork products], you put a ceiling (in prices) which I sometimes cannot understand," So said, emphasizing the seriousness of the lack of hog raisers issue.

He said production of chicken can help the hog industry repopulate.

DA-Davao reported that 41,831 hogs from 8,885 affected hog raisers in the entire region were culled because of the disease from January 2020 to present. Culling is the current solution to curb the spread of the hog virus.

So also said the government should be firm in addressing the outbreak by "seriously banning all infected meat from other countries."

"Before ASF hit [the region], ginasulti na namo na dapat i-ban ang mga (we have been telling them [DA] to ban) infected meat and canned products, but they failed," he said.

The Hogfadi president said there is no reason for prices to surge further since consumers can have other means of "meat protein."

He said DA should be pushing for other sources such as chicken and fishes to help the hog industry regain its losses in production.

So said they might temporarily stop selling pork if they would push for the price ceiling.

"Kung amoa lang (If we were to decide), if they put a price freeze, fine. We'll stop selling for the next two weeks aron mudako amo baboy (to give us ample time to repopulate)," he said.

Councilor Pamela Librado-Morata also cautioned against a price freeze to mitigate or control the effects of rising prices, as such would adversely affect local farmers and groups who are still reeling from the economic impact of the pandemic, ASF, and the bird flu.

Librado-Morata passed a resolution on Tuesday, February 9, a resolution urging the local and national government to intervene by providing temporary subsidies for traders and farmers due to the rising costs of meat, pork products, vegetables, and other basic goods.

"The National Government and LGUs can buy the produce of farmers then sell them to consumers at a subsidized rate - similar to what was done during the early stages of the lockdown last year to mitigate the situation," the councilor said in her resolution.

This initiative, she said, would help both producers and consumers more effectively contrary to implementing a price freeze to mitigate or control the effects of rising prices.