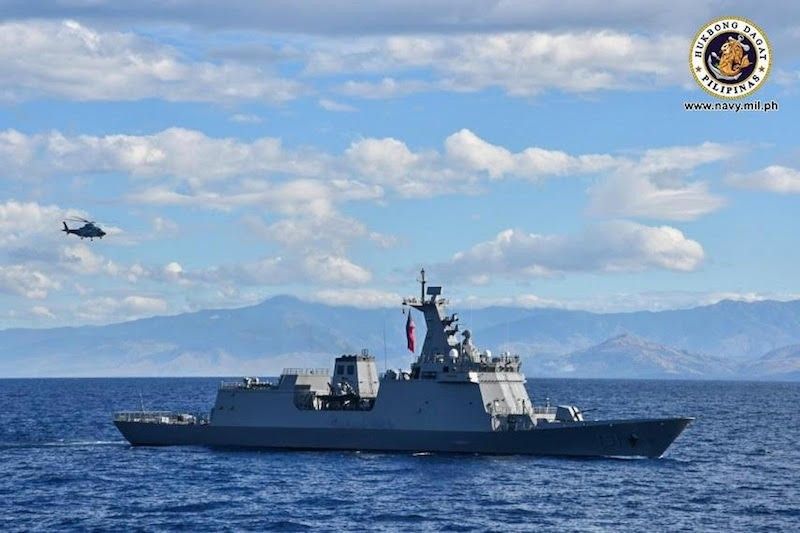 THE Philippine Navy welcomed on Tuesday, February 9, 2021, its second missile-capable frigate as it sailed in the vicinity of Capones Island in Zambales.

The frigate will be named BRP Antonio Luna (FF151) once it is commissioned to the service.

“Frigate Antonio Luna will complete the PN Frigate Acquisition Project that fulfills the PN’s thrust of having modern platforms and systems that provide opportunities for its personnel to develop modern mindsets and propel the whole organization into becoming a multi-capable naval force responsive to our maritime nation’s defense and development,” the Philippine Navy said in a statement.

The vessel will sail to Manila Bay for a formation along with the BRP Jose Rizal (FF150), the country’s first warship, before proceeding to its anchorage area in Subic, Zambales, where its crew will undergo mandatory quarantine period.

The frigate was expected to arrive in the last quarter of 2020 but was delayed due to the prevailing pandemic.

The Navy said the acquisition of the FF150 provides a significant boost to their fulfillment of the thrust of having a modern and multi-mission capable platform competent enough to conduct anti-surface, anti-air, anti-submarine and electronic warfare operations that the maritime nation can depend on.

The vessel has a maximum designed speed of 25 knots, a cruising speed of 15 knots and a range of 4,500 nautical miles.

Armed Forces of the Philippines (AFP) Chief of Staff Cirilito Sobejana said the modernization of military assets are continuous despite that some of its parts were moved to later years in order to use the budget to the government’s effort to combat the coronavirus disease pandemic.

“I should say that we are now on our 60 percent in as far as our modernization is concerned,” he said.

The military’s modernization program was initiated in 2013, under the leadership of then President Benigno Aquino III. It was divided into three phases with five years implementation for each phase.

In the modernization program, which is now on its second phase, the government has allotted a P300-billion budget.

“We should be at par with our neighbors so we are almost towards 2028, which we envision to become a world class armed forces that is a source of national pride,” he said. (Third Anne Peralta-Malonzo / SunStar Philippines)