5 kagawads in Tangub file complaint vs Villarosa, 4 others 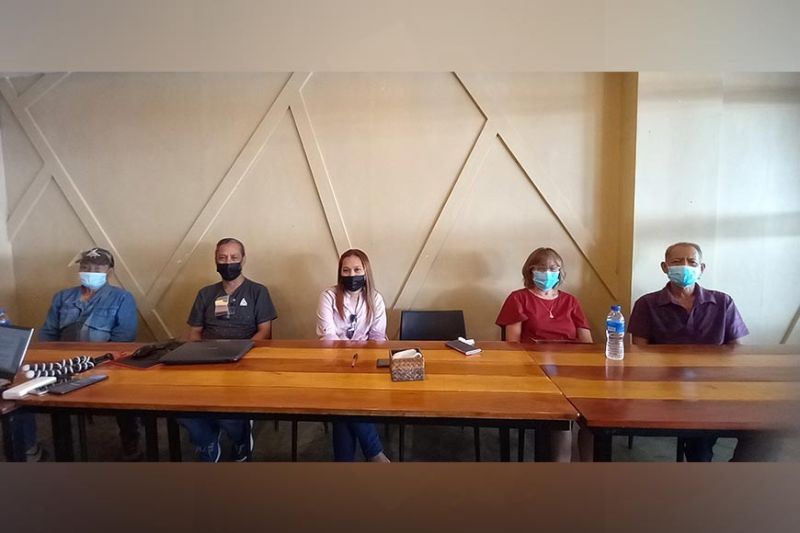 BACOLOD. Five kagawads of Barangay Tangub in Bacolod City filed a complaint before the Office of President Rodrigo Duterte against their village chief and four others for alleged anomaly in their barangay. (Merlinda A. Pedrosa photo)

FIVE kagawads of Barangay Tangub in Bacolod City filed a complaint before the Office of President Rodrigo Duterte against their village chief and four others for alleged anomalies in the barangay.

Sonota, along with her four colleagues, said Wednesday, February 10, 2021, they filed the complaint last month against Villarosa, Domadiego, Cabalhin, Atienza and Pendon for multiple anomalies in the barangay.

They also forwarded the complaint to the office of Criminal Investigation and Detection Group-Bacolod.

They said Villarosa and the four other employees have been colluding and conniving with one another, performing acts and doing activities that include the misappropriation of barangay funds, falsification of barangay records, perjury corruption, nepotism and for using government funds for their own benefit depriving the constituents of the barangay projects, activities and support from which may have come from the said funds.

They added that Villarosa and the four other employees engaged in the retention and employment of supposed barangay employees, who do not report nor appear for work in the said barangay but receive compensation and the collection of funds despite the suspension of Villarosa.

“We did not sign the resolution to hire job orders because we found names on their lists of some persons who were already dead. We want to ensure that those who are listed as job orders will receive their salaries,” she said.

She added they received complaints that barangay job orders only receive P500 a month instead of P2, 500.

Sonota said based on their signed documents, their barangay hired 91 job orders.

“We do not know their names so we requested them to get their salary in-person because we want to ensure that they will get the exact amount of money and we want to see the payroll, but they failed to do it,” Sonota said.

She said Atienza managed to gather only 49 signatures of the job orders.

She added that after the incident, they were harassed by some job order employees.

“We are doing this for our job order employees to ensure that they will get their exact salary. This is not for us, this is for our employees who deserve their benefits,” Sonota said.

She said they will sign the resolution to hire job orders if the acting village chief will assure them to release the payroll with their presence and the salary will be received by the employees personally.

For his part, Villarosa said he has yet to receive a copy of the complaint filed against them.

“It’s up to them to file a case against us, it’s their right. I’m willing to face their complaint,” he said.

He added he also received a letter from the Office of the Ombudsman that whatever complaint will be filed against him it should be filed in court.

Villarosa also denied that there is a ghost employee in their barangay.