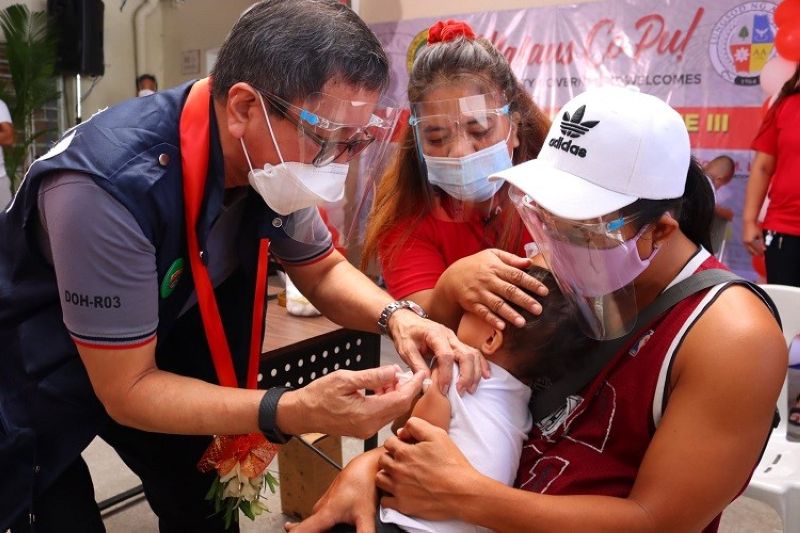 MORE than 1.2 million children in Central Luzon have been vaccinated against measles, rubella and polio under the Department of Health’s (DOH) Measles, Rubella, and Oral Polio (MR-OP) Vaccine Supplemental Immunization Program.

The Department of Health Central Luzon on Thursday, February 11, 2021, said it was able to reach more than 60 percent of its target population on the first week of the campaign, which started on February 1, 2021.

DOH-Central Luzon Director Cesar Cassion reported that a total of 586,216 children from the region were vaccinated against measles, while 692,265 children were given oral polio vaccine.

He said the numbers are equivalent to 60.56 percent of target coverage for measles-rubella vaccination, and 61.10 percent for the bivalent Oral Polio vaccination.

Cassion said the health department continues to provide protection to eligible children against the said disease as they aim to vaccinate at least 95 percent of the total infant and child population in the region.

He said they are targeting to vaccinate about 967,997 children aged nine to 59 months of age for measles and rubella, and 1,133,017 children of the same age bracket for polio until the end of February.

He urged anew parents and caregivers, including those with private physicians or pediatricians, to take part in the campaign to protect their children from the said diseases.