Malacon: Dredging will not affect livelihoods 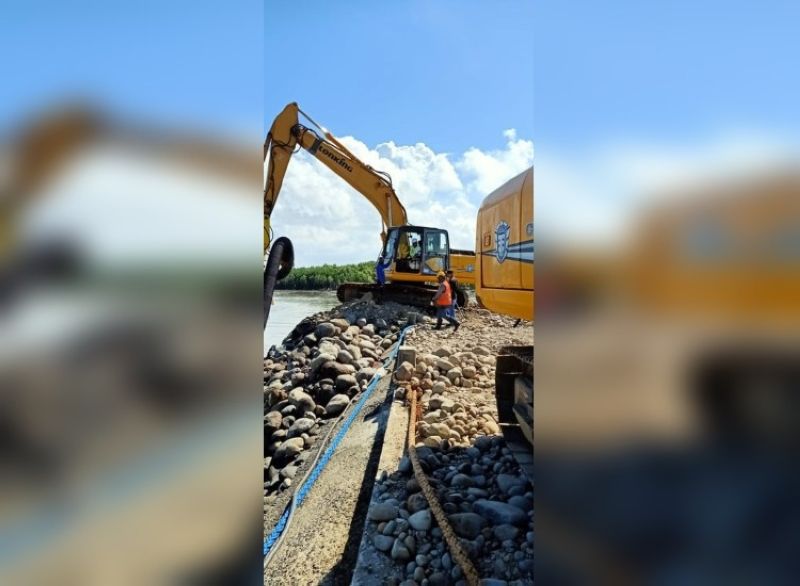 EB MAGALONA Mayor Marvin Malacon on Thursday, February 11, 2021, said the claims of environmental groups that dredging activities in the town will threaten livelihood are “baseless.”

Green Alert, who are opposing the project, claimed that the activity will threaten the blue crab industry of the town.

Malacon on Thursday said the project, which was approved first by the national government and passed on to local government units, aims to unclog and desilt the river mouths of town major rivers that caused flooding for years.

Malacon said he will be the first to oppose if the project will affect livelihood, especially of poor residents of EB Magalona. He lambasted those behind propagating false information regarding the project.

He said dredging is the main solution to the flooding, which is also being experienced by other low-lying local government units in Negros Occidental, as recommended also by the provincial government, Department of Environment and Natural Resources (DENR), Department of Transportation (DOT), Department of Public Works and Highways (DPWH), as well as Department of Interior and Local Government (DILG).

The tapping of the private firm by the local government unit of EB Magalona in dredging its heavily silted rivers was an offshoot of Joint Memorandum Circular no. 2019-01 of the DENR, DPWH, DILG, and DOTr, that rationalizes dredging activities in heavily .silted river channels.

"We, Saraviahanons, are fortunate that the national government, through First Terradev Corp., will clear our waterways for free," he stressed.

All the waste materials from the heavily silted waterways will be collected and transported by the private firm outside of the province, Malacon said, as he emphasized that the provincial government, municipality of EB Magalona and its coastal barangays will get a percentage of whatever income is derived from the selling of said materials.

"It will augment the livelihood of the poor people, contrary to claims," he added.

Malacon also said the nine coastal barangays, as well as those recently hit by flash floods, including barangays of Tanza, San Jose, Santo Nino, Tabigue, Damgo and Alicante, and even sugar planters, are demanding the clearing of their respected waterways.

A study made by the Philippine Atmospheric, Geophysical and Astronomical Services Administration (Pagasa) in 1996 showed that EB Magalona is below sea level.

Malacon said heavy siltation in the town coastal barangays had already affected 600 hectares and also led to riverbank erosion and deposits from the rivers of Malogo, Madalag and Imbang.

He also disputed claims of black sand mining, stressing that it only comprises four percent of dredged materials, based on the soil testing and analysis conducted by a Singaporean firm.

In a related development, Merck Salazar, a representative of First Terradev Corp., who is supervising the initial deployment of dredging equipment at the Tuburan port in EB Magalona, on Thursday said they have nothing to hide in the implementation of the project.

He said all their activities are in accordance with the governing laws and regulations of involved government agencies.

This will also benefit the city governments of Silay and Victorias, he added.

Salazar said they have requested the DPWH and DENR to allow them to create navigational channels to accommodate dredging ships and cargo vessels to haul wastes and garbage from the dredged waterways.

As to fears of possible erosion, Salazar said they will establish 200 to 500 meters as a buffer zone from the coastline.