Lunar New Year 2021: 5 facts about the Chinese in the Philippines 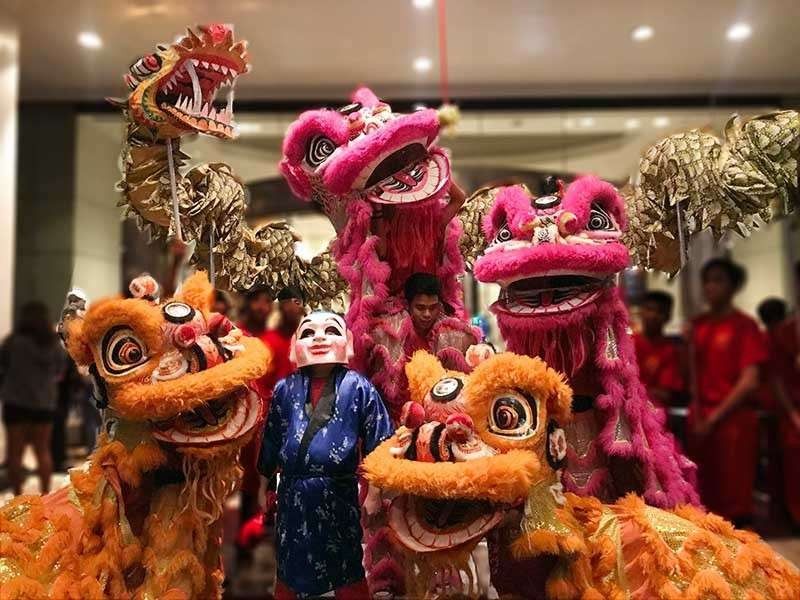 Photo by Jinggoy I. Salvador

THE Chinese New Year, or the Spring Festival, is one of the most important celebrations in China and other parts of the world where Chinese people are present. It marks the beginning of spring and the new year based on the Chinese lunar calendar.

In the Philippines, the celebration of Chinese New Year has been part of the Filipino psyche for centuries, as the Chinese's presence in the archipelago dates back even before the Spaniards stepped foot on the nation's soil.

Tsinoys (Chinese-Filipinos) will welcome the Year of the Ox on Friday, February 12, 2021. Here are some facts about the Chinese in the Philippines.

Trade between the natives and the Chinese have been observed by archaeologists even before the Spanish entered the country. Evidence of Chinese ceramics has been found in Santa Ana in Manila, which dates back 1000 A.D. or 500 years before the arrival of Spaniards in Manila. In an excavation done in Santa Ana in 1926, archaeologists found Ming ceramics circa 1368-1644, as well as trade ware ceramics from the Sung and Yuan/early Ming dynasties in gravesites. Eleventh-century Chinese coins were also present.

2. Chinese settlement was established in Parian, Cebu in 1590

Although Chinese settlers had come to Cebu before 1590, it was only during the Spanish rule when the island participated in the galleon trade that the Chinese district of Parian was founded and evolved into a market and trading center.

3. Binondo, Manila is the oldest Chinatown in the world

In 1594, Governor and Captain-General of the Philippines Luis Perez Dasmariñas established Binondo as a permanent settlement for Chinese immigrants. At that time, the Spanish were said to be distrustful of the Chinese and the town was there to separate the Spanish elite with the Christian-converted "sangleys," an archaic term for Chinese immigrants, from Parian. Chinese people who did not conform to colonial ideals were left in Parian.

Being Tisoy, or person with mixed ancestry, Philippine hero Jose Rizal's lineage could be traced back to his father's ancestor, Lam-Co, a Hokkien Chinese merchant who immigrated to the country in the late 17th century. They changed their surnames to Mercado due to anti-Chinese prejudice by Spaniards at that time.

Rizal was also a known polyglot, a person who could speak multiple languages and could speak 22 languages, including Greek, Arabic, Malay and Chinese.

5. Chinese New Year was first declared a holiday in the country in 2012

Presidential Proclamation No. 295, signed by then-president Benigno Aquino Jr. on November 24, 2011, officially declared January 23, 2012, as a special non-working holiday. It said that the celebration is a manifestation of solidarity with Chinese Filipino brethren who have been part of the Filipinos' lives "in many respects as a country and as a people."

Khor, Samantha. (2020, May 8). The History Behind the World’s Oldest Chinatown in Manila. AirAsia. airasia.com/explore/assets/blt556103da8164afae/the-history-behind-the-worlds-oldest-chinatown-in-manila