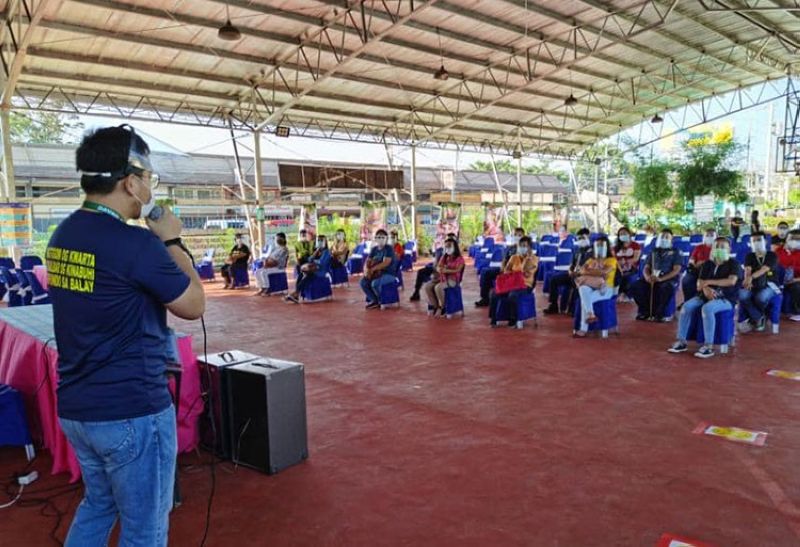 WITH the demand for a more spacious vaccination site, the Davao City Government has tapped several universities and schools as major vaccination hubs in the city, a health official said.

As of Friday, UM and Addu already confirmed in formal writing, while they are still working it out with Usep whom they already have a verbal agreement with.

He also said they are under negotiation with the University of the Immaculate Conception to use its Bajada Campus as a vaccination site for Agdao and Buhangin.

Initially, UIC-Bajada was eyed as a vaccination hub for employees of the Southern Philippines Medical Center (SPMC), but it did not push through due to logistic issues.

He also tasked the district health offices to scout or recommend more public schools that the city can utilize as vaccination hubs, adding that the CHO is still negotiating with other public schools considering the city's large number of population.

But Lopez said the city is not targeting any specific total number of sites for the vaccination program.

"As much as possible, we would like to maximize aron dili ma-overwhelm ang mga (in order not to overwhelm our vaccination) sites," Lopez said.

Things to be improved

The City Government conducted another simulation exercise on Wednesday, February 10, for the transportation of the vaccine from the Francisco Bangoy International Airport to Southern Philippines Medical Center (SPMC). This was conducted with the Department of Health and other concerned agencies.

During the drill at Mabini Elementary School (MES), it was found out that based on their time-record, the delivery of the vaccines from SPMC to Mabini took 23 minutes, while from Los Amigos Health Center to Mabini, it only took around 16 minutes.

Lopez said MES has been identified as the primary vaccination hub in the city even though there are other spacious places in the city.

"Pinakauna man gud ni sila nag-express og ilahang intention nga mahimong vaccination site ang Mabini (They were the first to express their intention to be a vaccination site), as recommended by our district health offices," he said.

While Lopez said the simulation was "generally acceptable," there are still things that needed to be improved like transferring the vaccines to the vaccination sites properly and at a shorter period of time.

"We do not expect 100 percent. Pero generally, gamay nalang among nakita nga kulang nga kinahanglan i-improve (there are only a few things that we saw that needed improvement)," the CHO head said.

He also said the Department of Health (DOH), who was also present during the exercise, was satisfied with the results.

Lopez said the city will conduct another round of simulation exercise, still at Mabini, in the coming days.

The City Government is currently preparing for the expected arrival of the vaccines coming from the national government this month.

In terms of the brand and number of doses, both the city and DOH already clarified that they are still waiting for the final details coming from the national government.