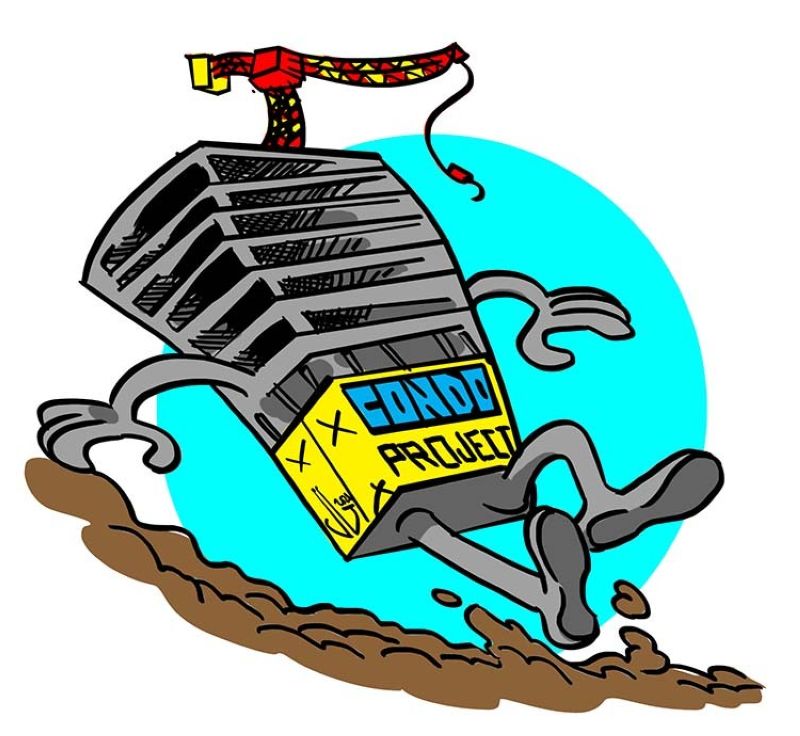 According to the news report, the project will benefit retired police and military personnel.

Barangay Captain Marlene Macua said they gave Kit Properties Inc. the go-signal to proceed because all its papers were in order.

(There were no claimants to the land where the building would stand and all their documents were in order so the barangay didn’t have any second thoughts passing a resolution allowing the developer to proceed with the project.)

But it must have been the promise of a presidential visit during the groundbreaking that prompted barangay officials to allow the project to get off the ground even though the President never came, assuming he really was coming to Cebu to grace the occasion in the first place.

Of course, the developer’s plans were thwarted when the coronavirus pandemic arrived on our shores and the government imposed lockdowns to prevent the disease from spreading.

So the barangay didn’t fast-track anything. So the Barangay Council did not take a shortcut when it passed the resolution of no objection to Kit Properties.

The barangay captain said they discussed the project with residents before civil works began. But despite what she said, it must not have been official. It must have been an informal consultation.

During the public hearing on Wednesday, Feb. 10, 2021, attended by representatives of the developer, a resident said they were surprised when heavy equipment arrived on the site and started leveling the area for the installation of a drainage system.

A photo taken on Wednesday shows the road leading to the project site that serves as the only access to the chapel in the sitio. It has been churned into mud by recent rains.

According to another resident, some chapel-goers on their way to worship have slipped and fallen, most of them senior citizens and persons with disability.

Now that their plight has received media mileage and photos have shown what the situation is like at the site, City Councilor Jerry Guardo, chair of the technical infrastructure committee, said he will inspect the area before month’s end. If he finds any lapses committed by the developer, he will launch an investigation.

Perhaps, this will encourage Kit Properties to address the residents’ concerns immediately.

After all, nobody wants the President to slip and fall if he decides to show up.