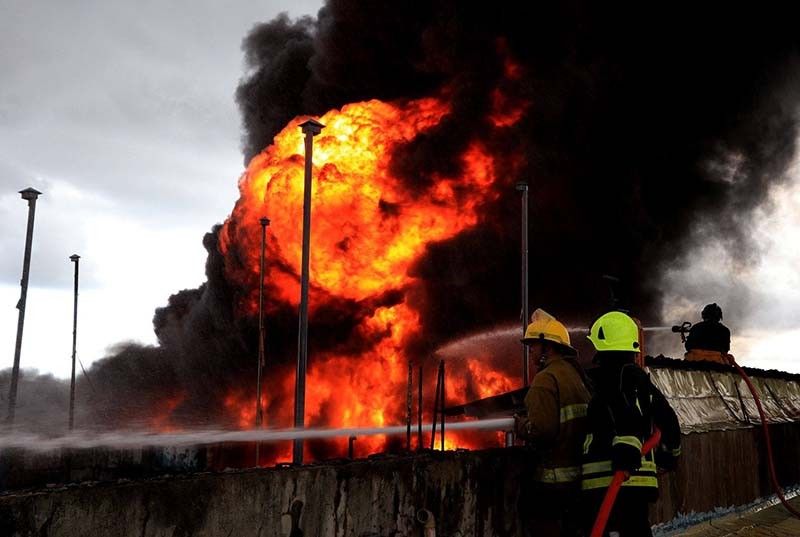 The residents living in the vicinity of the plant returned to their homes on Friday morning, Feb. 12.

Cabancalan Barangay Captain Rey Cortes said the residents who were temporarily pulled out from their houses due to the smoke are from Puroks Pondan, Morado and Señorita.

He said there were no houses damaged by the fire.

However, the roof of the house owned by Alejandro Andolijao has a dent because the firefighters stepped on it while they were trying to go near the plant. The paint factory’s management will coordinate

with the house owner to fix the roof.

Resident Belinda Bihag, 55, went back to her house with her family at 10 a.m. after learning that it was safe to return. Her family went to her relative’s house so they could avoid the smoke, which caused her to cough.

After arriving at their house, Bihag said they can still smell the paint and varnish.

F02 Noel Codilla, investigator assigned at the Mandaue City Fire Station, said they went back to the paint factory on Friday morning to get specimens such as electrical wires and debris. These specimens, he said, will be sent to the Bureau of Fire Protection laboratory in Manila for examination to determine the cause of the fire.

The wait for the laboratory results is usually 45 days.

Codilla will invite the security guard on duty at the time when the fire broke out.

He said there were no residents hurt, but there was one firefighter who sprained his ankle after he fell from a roof when the fire flared up. (KFD)