From 'backdoor' to 'frontdoor' 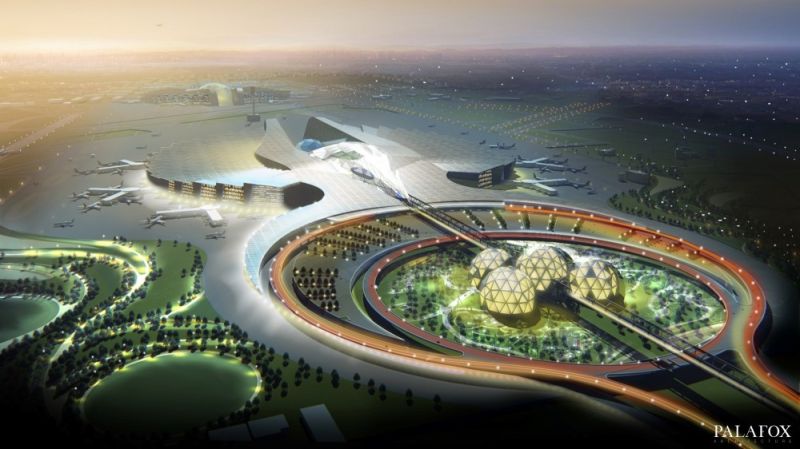 AIRPORT CITY. The Metro Davao Urban Master Plan (MDUMP) proposes the construction of another airport that will serve Davao Region. The plan also proposes the site of the new airport to be in Tagum City, which it also proposes to be developed to "become an airport-driven city." (MDUMP photo)

FOR several years, Mindanao has been described as the "backdoor" of the Philippines. However, the proposed Metro Davao Urban Master Plan (MDUMP) hopes to change this image.

"Anchored on the objectives of various plans like Philippine Development Plan, the Mindanao 2030, and the Regional Development Plan and other local development plans, the MDUP is a blueprint to manage the ever-growing Metro Davao," Sec. Emmanuel F. Piñol.

The master plan, which was introduced in 2017, "intends to address the challenges of rapid population growth, transport systems, waste management, water security, power, and other concerns posed by urbanization."

"These problems can be addressed through catalytic projects like growth centers, major gateways, provision of integrated and efficient transportation system, and the needed infrastructure facilities to provide better interconnectivity," Piñol said.

The master plan is seen "not only integrate the Region physically but economically as well since the key production areas and market centers are connected directly to the processing centers."

The MDUMP will build on the economic inter-dependences, better security protection, and political-economic stability of Davao Region. These factors have paved the way for the economic boom of the region.

"The decades-long continued strong local partnerships helped motivate and support the development of inter-city and inter-provincial industry value chains. This, in turn, allowed the industries to take advantage of the social, environmental, economic, political-economic and technological strength of each city and province," the MDUMP Executive Summary reads.

It added that "Industry value-chains such as those related to Agri-industrial production were able to utilize and inter-connect production, post-harvest and processing, transportation and logistics such as the international seaports, airports, and trucking services, and research innovation facilities."

It added that "Through infrastructure development, new areas will be made accessible and operability of industry value chains will become more seamless."

This is seen to bring more businesses and investments that will allow the region to grow and open more opportunities to those living in Davao.

"Through the development of a more aesthetically attractive and bigger capacity aerotropolis (an airport planned community or city) it will help strengthen global regional connectivity which has an impact to tourist arrivals, foreign direct investments, and capacity for more outsourcing and export-oriented services," the MDUMP reads.

Under the master plan, it proposed the construction of a new airport to serve Davao Region.

"In our proposal, we have a much larger airport for Davao and three LGUs are competing for the location," Felino Palafox, Jr., Principal Architect and Urban Planner of Palafox Associates, said during the 2020 Real Estate Wrap-up and 2021 Forecasts of Prime Philippines on February 11, 2021.

Meanwhile, Palafox said Davao is able to "change the paradigm of tagging Mindanao as the backdoor of the Philippines" to becoming the "front door."

The MDUMP is spearheaded by the Mindanao Development Authority in partnership with Palafox Associates.