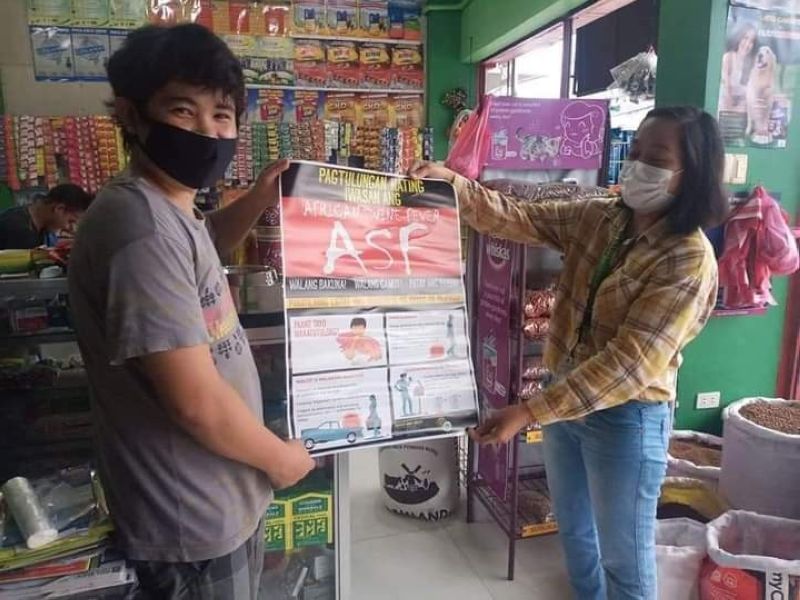 IN A bid to prevent the entry of African Swine Fever (ASF) in Western Visayas, the Iloilo-Bacolod Association of Veterinary Sales Representatives (IBAVSR) has initiated a week-long caravan in Panay Island from February 8 to 12.

from animal raisers to retailers, shippers or travelers, handlers and consumers -- who are key players in the fight against the dreaded disease affecting swine.

Campaign posters were installed in strategic locations including ports of entry and public markets.

IBAVSR members also initiated the discussions with the municipal agriculturists as they rolled out the caravan at the Dumangas Port to Banate Port, Barotac Viejo Market, Culasi Port in Ajuy, Sara, Concepcion, Bancal Port in Carles, and Estancia in Iloilo Province up to the provinces of Capiz, Aklan and Antique.

The caravan in Panay Island sets to culminate in the towns of Alimodian, Leon, and San Miguel, Iloilo.

In Negros Occidental, similar activity is also slated to be held on March 2 to 4.

Transportation of live hogs, processed pork products, and food wastes from ASF hotspots including Luzon, Mindanao and Eastern Visayas regions are banned from entering the region to safeguard the P20-billion hog industry of the region.

Natividad said they anticipate stronger partnerships with the different sectors as the government mainstreams the advocacies and awareness of ASF as a dreaded hog virus.

"We tie-up with the local government units in the implementation of "Bantay ASF sa Barangay," one of the agency's whole-of-nation approaches to restore the swine industry," he added.

Alongside the ASF campaign, the DA-Western Visayas Regulatory Division also tightened the stakeholders' understanding of the Republic Act 7556 or the "Feeds Act and the RA 8485 or the Animal Welfare Act."

The regional line agency-produced posters and flyers were distributed during the caravan on top of the radio campaigns. (EPN with reports from DA-Western Visayas)