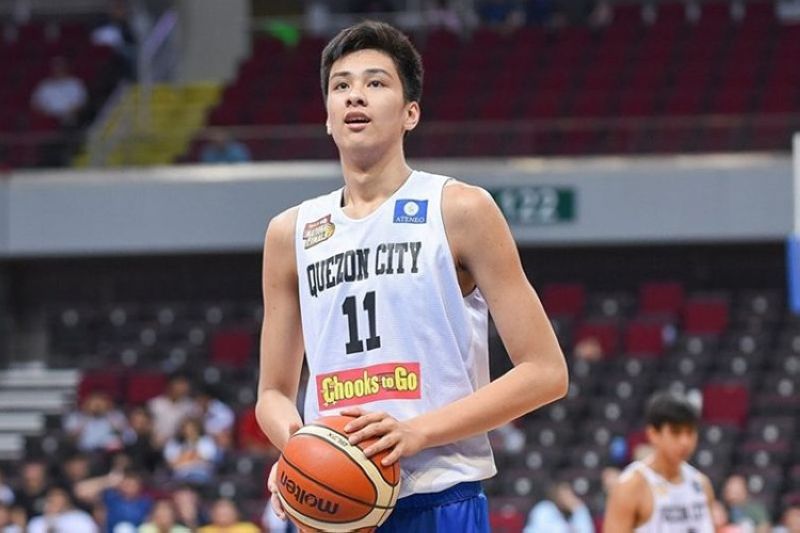 NBA prospect Kai Sotto would no longer be playing for Gilas in the 2021 Fiba Asia Cup qualifiers and instead, would be flying back to the US to rejoin the Ignite in the League bubble.

This was confirmed by Samahang Basketbol ng Pilipinas (SBP) director for operations Butch Antonio when he made an appearance on Radyo5’s Power and Play.

“Nag-pullout na siya sa bubble. He has to continue his quarantine in his residence. We’re working with him and his group in the US to make sure that there is time for him to join his team at makasali siya sa team niya na Ignite. Hopefully by next week, maayos na yun,” said Antonio.

The promising center left the Ignite to join the Gilas Pilipinas’ preparations for the third and final leg of the 2021 Fiba Asia Cup qualifiers, which was supposed to be played in Doha. However, the rise of Covid-19 cases in Qatar prompted the cancellation of the event, which was then moved back to Clark, Pampanga, although it remains unclear when.

With this, the SBP felt it was best for Sotto to make his way to Orlando where the G League games are currently being held. In spite of the setback, Antonio said the SBP is grateful for the young man’s commitment to the national basketball program.

“We have to remember that even before all of these things happened, when he was planning to join the NBA and when he planned his foreign trip, lalo na nung na-sure niya na pupunta siya ng Amerika, he made it clear that every time, basta kailangan siya ng ating bayan, di niya tatanggihan at di niya tatalikuran ang kanyang obligasyon para i-represent ang ating bayan with the national team which is really commendable as far as how we should look at Kai,” Antonio said.

“It may be a setback for his Ignite career, and understandably so, but ang dapat tignan ng tao dito is it really is a sacrifice. And you have to give it to him, yung kanyang commitment. Natuloy yung Doha o hindi, he’s here and he made sure na yung kanyang promise, tinutupad niya,” he added. (JNP)