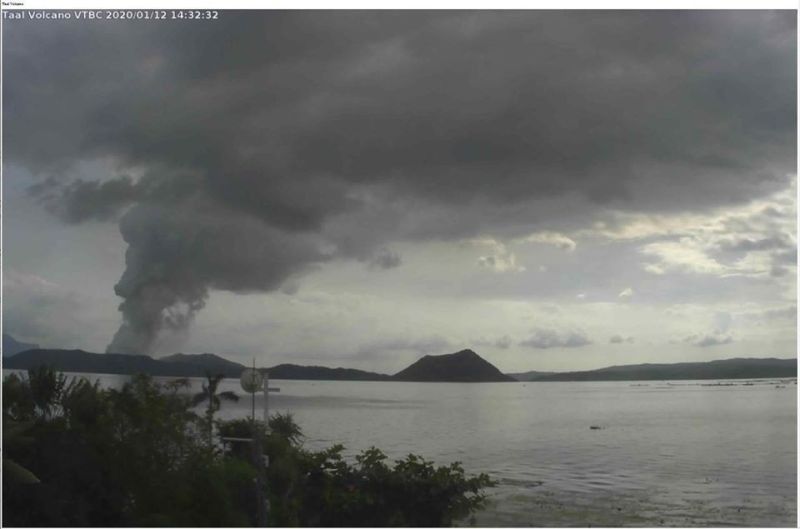 MORE than 200 people within the permanent danger zone of Taal Volcano in Batangas were being forced to evacuate Tuesday afternoon, February 16, 2021, as a series of volcanic tremors shook the area.

The Municipal Disaster Risk Reduction and Management Office of Agoncillo, Batangas was also conducting forced evacuation in the town as of 6 p.m. Tuesday.

“The Batangas PDRRMC po in coordination with other relevant government agencies are providing the services for those who were evacuated from the island,” he said.

The Philippine Institute of Volcanology and Seismology (Phivolcs) on Tuesday raised alert level 1 on Taal Volcano after it recorded 98 earthquakes that lasted for five to 12 minutes each in the past 24 hours.

Phivolcs said the main crater had weak emission of steam-laden plumes that reached five meters high. The temperature in the main crater lake reached 77.1 degrees Celsius at its highest with an acidity level of 1.59 on February 12.

There was also a slight deflation around the main crater.

“Overall, very slow and steady inflation of the Taal region has been recorded by continuous GPS data after the eruption,” Phivolcs said in its bulletin.

The agency advised the concerned local government units to continuously assess previously evacuated barangays around the Taal Lake for damage and road accessibility, and to strengthen preparedness, contingency and communication measures in case of renewed unrest.

It also said aircraft must avoid flying close to the volcano due to sudden explosions of ash. (SunStar Philippines)