79 families evacuated due to flooding 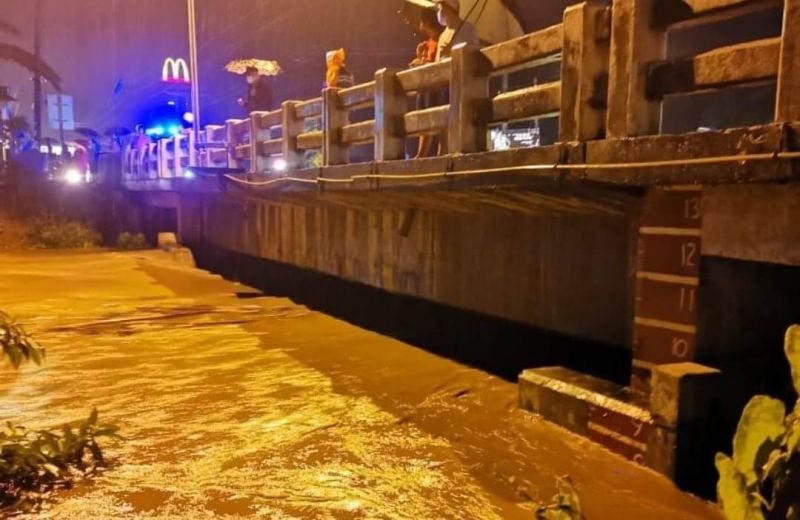 A TOTAL of 79 families residing in nearby rivers in Davao City were evacuated on Monday evening, February 15, due to flash floods brought by three hours of heavy downpour.

According to the Davao City Disaster Risk Reduction and Management Office (CDRRMO), 79 families composed of around 150 individuals were preemptively evacuated to higher grounds.

CDRRMO head Alfredo Baloran said in an interview on 87.5 FM Davao City Disaster Radio that no casualties, injuries, nor missing persons were recorded.

Around 6 p.m., some parts of the city like Remedios St. near Mercury Drug in Barangay Crossing Bayabas and Mc Arthur Highway experienced below-knee water level. But the area was passable to all types of vehicles.

With the heavy downpour, the Davao City Government ordered the pre-emptive evacuation of areas near and along the banks of Bunawan River, Talomo River, Matina Pangi River, and Lipadas River.

Areas affected by the flash flood were barangays Matina Aplaya and Matina Pangi, Talomo, Panacan, Sirawan in Toril, and Ilang in Tibungco.

The evacuees eventually returned home at dawn of Tuesday, February 16, after the floodwater subsided.

Baloran reminded the public, especially those living near riverbanks, to remain vigilant for possible flash floods.

He also reminded them to follow the order of authorities for pre-emptive evacuation.

He emphasized the need for an immediate evacuation as it can be difficult to rescue residents trapped within their houses.

The Philippine Atmospheric, Geophysical and Astronomical Services Administration (Pagasa) said in its 6 p.m. Tuesday (February 16) advisory that moderate to heavy rain showers with lightning and strong winds experienced in the city were due to localized thunderstorms. (With reports from CIO)