CDC gears up for vaccine rollout with MCAC, LGUs 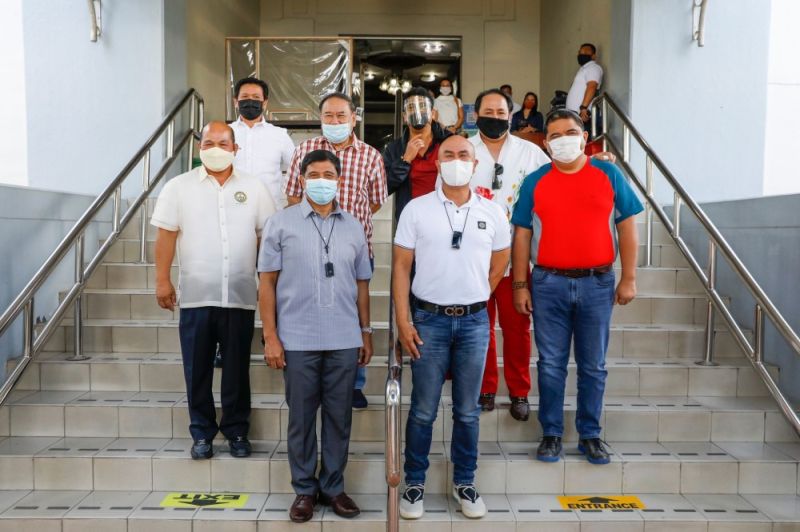 THE Clark Development Corporation (CDC), in coordination with the Metro Clark Advisory Council (MCAC), has geared up for the Covid-19 vaccination rollout in Clark Freeport.

During the first formal meeting of the MCAC under his leadership, CDC President and Chief Executive Officer Manuel Gaerlan shared the vaccination plan of the state-owned firm.

He also discussed the strategic process that the CDC would follow should the vaccines be made available.

"On the vaccination, according to the Inter-Agency Task Force on Emerging Infectious Diseases (IATF), and the national government, hopefully, the rollout would take place by March this year," said Gaerlan, who is also chairman of the MCAC.

MCAC is composed of the surrounding Metro Clark areas, which include the Cities of Angeles and Mabalacat and Porac town all in Pampanga; and Bamban and Capas towns in Tarlac.

Gaerlan also discussed significant features of the said plan, such as the eligible population, vaccination team training, vaccination post or venue, ancillary supplies and handling, and CDC's coordination with other departments and agencies.

Under the eligible population, an initial 190 persons among frontline and medical workers will be prioritized in receiving the vaccines.

Senior citizens in Clark Freeport and CDC's security group will also be given importance.

Meanwhile, the second priority cluster or Group B is composed of teachers, social workers, government employees, essential workers, and other remaining workforce.

For its part, the MCAC, as supported by Pampanga Governor Dennis Pineda, also urged the locators in Clark to prepare and allocate funds for the vaccination of their employees.

It was, however, emphasized that the administration of vaccines will not be mandatory and it will still be a personal decision to be made by workers if they want to be immunized or not.

"It's up to them on how to go about it, but imagine if all employees received vaccination then the economy here will get even better," Pineda said earlier.

Mabalacat Mayor Crisostomo Garbo, who is also MCAC co-chairman, agreed to the proposal of Pineda to inoculate all workers in Clark and to start asking locators if they want to purchase their own vaccines through a tripartite agreement with CDC and the national government.

In the said meeting, it was also gleaned that they are now considering and determining the possible vaccination storage facility, sites, and centers in Clark and elsewhere.

Close coordination among departments and agencies will also be made to ensure the successful conduct of the said inoculation plan once the vaccines were made available.