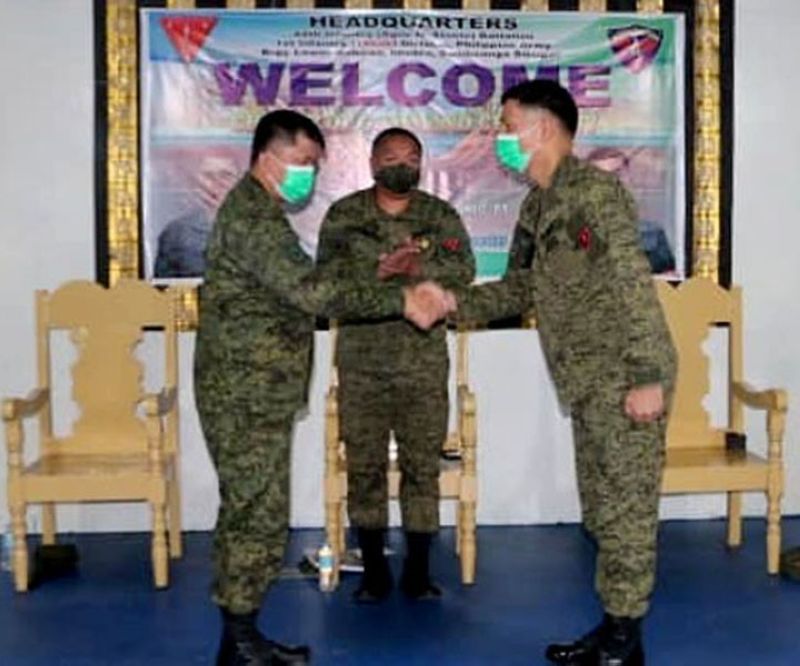 LIEUTENANT Colonel Filven Noche, a Civil-Military Operations (CMO) expert, has vowed to sustain the gains of peace and progress that his predecessor has achieved.

Noche issued the statement after the Army’s 1st Infantry Division (ID) installed him Monday, February 15, 2021, as the new commander of the 44th Infantry Battalion (44IB), replacing Lieutenant Colonel Don Templonuevo, who is set to take a higher position in the 1ID.

Major General Generoso Ponio, 1ID commander, said in a message that he is confident Noche will steer the 44IB to greater heights with his experience and leadership capabilities.

Ponio congratulated and thanked Templonuevo for his accomplishments, specifically the dismantling of three fronts of the communist New People’s Army (NPA) terrorists.

“Lieutenant Colonel Templonuevo's accomplishments against CTG (Communist Terrorist Group) and other threat groups significantly contribute to making this province (of Zamboanga Sibugay) a secure and peaceful place to live in,” Ponio said.

Templonuevo expressed his gratitude to stakeholders and his troops for their support during his stint as the 44IB commander.

Ponio urged stakeholders to trust and support Noche to achieve his goal for a more peaceful and progressive Zamboanga Sibugay.

Noche is a graduate of Military Intel Officer Course and Infantry Officer Advance Course in the Training and Doctrine Command of the Philippine Army.

Early in his career, he was assigned as the platoon leader, operations officer, intel officer and as company commander of 44IB. (SunStar Zamboanga)