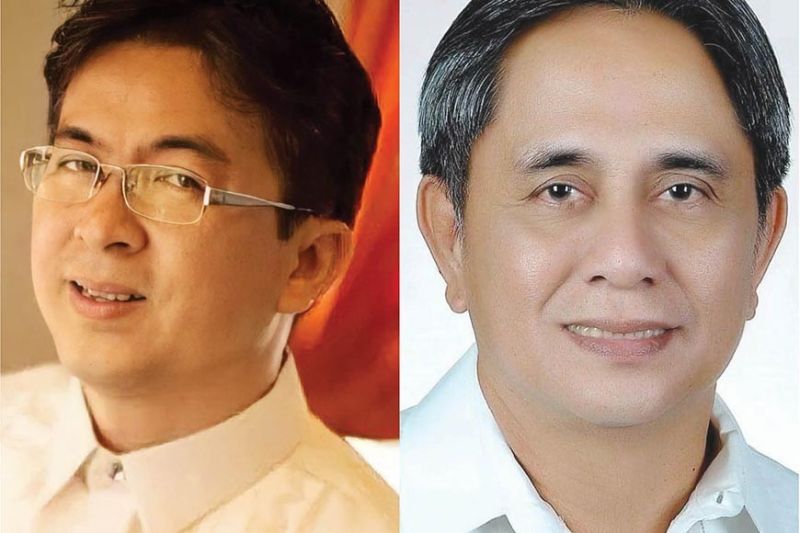 THE mayors of Ginatilan and Oslob towns in southern Cebu reported on Wednesday, Feb. 17, 2021 that they tested positive for the virus that causes the coronavirus disease 2019 (Covid-19).

First to report was Ginatilan Mayor Dean Michael Singco; then he was followed by Oslob Mayor Jose “Jun” Tumulak.

Singco and Tumulak are the ninth and tenth mayors in Cebu who tested positive.

Singco said he was asymptomatic. He did not experience any symptoms of Covid-19.

As to Tumulak, he did not detail his condition in the Facebook announcement.

Singco said his wife is a legal frontliner who attended a hearing on Thursday, Feb. 11. She had a fever on Friday night. On Monday, she took a saliva test.

The couple is now in isolation. Singco said the other members of their household are under home quarantine and scheduled to have their swab tests soon.

Singco said he remains asymptomatic while his wife’s fever is now gone.

Singco and Tumulak assured their constituents that despite their situation, the delivery of government services will not be disrupted.

“With God’s grace, I hope I will not experience symptoms of Covid-19. Our work and services at the municipal hall will continue. I will also work while in isolation,” Singco said in Cebuano.

Singco called on the public to strictly observe health protocols to help prevent an increase in positive cases of Covid-19.

Aside from Singco and Tumulak, the other mayors who had tested positive for Covid-19 are Sun Shimura of Daanbantayan, Marlon Garcia of Barili, Danilo Diamante of Tuburan, Antonio Pintor of Asturias, Michael Angelo Sestoso of Alcoy, Mayor Lakambini Reluya of San Fernando, Gerald Anthony Gullas Jr. of Talisay City and Junard Chan of Lapu-Lapu City.

Garcia died on Sept. 6, 2020, five days after the death of his older brother Nelson, the former mayor of Dumanjug town.

A week before Singco’s and Tumulak’s announcement, Gullas announced on his Facebook page that he tested positive for Covid-19 on Wednesday, Feb. 10. (ANV)