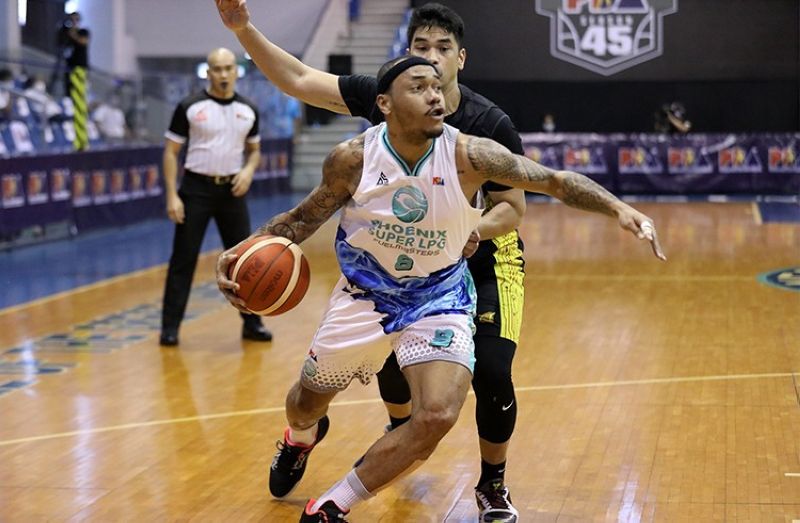 Calvin Abueva said he was shocked to learn of the trade that sent him from Phoenix to Magnolia. (PBA photo)

Controversial forward Calvin Abueva was surprised to learn of the trade that sent him from the Phoenix Super LPG Fuel Masters to the Magnolia Hotshots on Wednesday morning.

The 33-year old recently signed a new deal with Phoenix and had no inkling of the transaction that saw him move to the San Miguel Corp.-owned franchise in exchange for guard Chris Banchero and two draft picks in the upcoming PBA Rookie Draft next month.

“Nakaka-shock (It’s shocking),” said Abueva during his appearance on the show 2OT, presented by SMART on Wednesday night. “Napansin ko lang talaga kanina. Yung friend ko pa nakaalam. (I learned about it from a friend)”

Abueva minced no words in describing the shock he felt when he learned of the trade especially with the bond he has forged with his Phoenix teammates.

“Ngayon nabigla na lang ako. ‘Nasaan ka na? Saan napunta?’ Parang gumive up na lang, na bigla kang binitawan, (I was caught by surprised. It’s like they gave up on me when they let me go)” said Abueva.

“Actually wala naman tayo magagawa, di ba? Kahit na sabihin mong ayaw mo umalis, pero wala, wala kang magagawa, (But there’s nothing we can do even if you say that you don’t want to go)” he added.

Abueva was a key cog in Phoenix’s resurgence during the 2020 PBA Philippine Cup. After he got reinstated following an 18-month suspension, the man known as “The Beast” wasted no time in helping the Fuel Masters as he compiled averages of 15.4 points, 11.3 rebounds, 5.2 assists, and 1.7 steals.

With deadshot Matthew Wright and versatile forwards Justin Chua and Jason Perkins by his side, Phoenix made it all the way to the semifinals and was just a win away from making it to the finals. Alas, it was not meant to be as TNT proved to be the steadier team and ousted them in the Final Four.

In spite of the development, Abueva made it clear that he harbored no ill will towards his former team.

“Wala along sama ng loob sa Phoenix. Ang akin, andiyan sila, gumabay sila sa akin simula nung na-suspend ako (I have no ill will towards Phoenix. They were there for me while I was suspended),” he said. “Hindi nila ako pinabayaan. Lalo yung management, sobrang andyan sila, nakatulong sa akin. Hinding-hindi talaga ako pinabayaan (They never left me, especially the management. They were always there to help me).” (JNP)