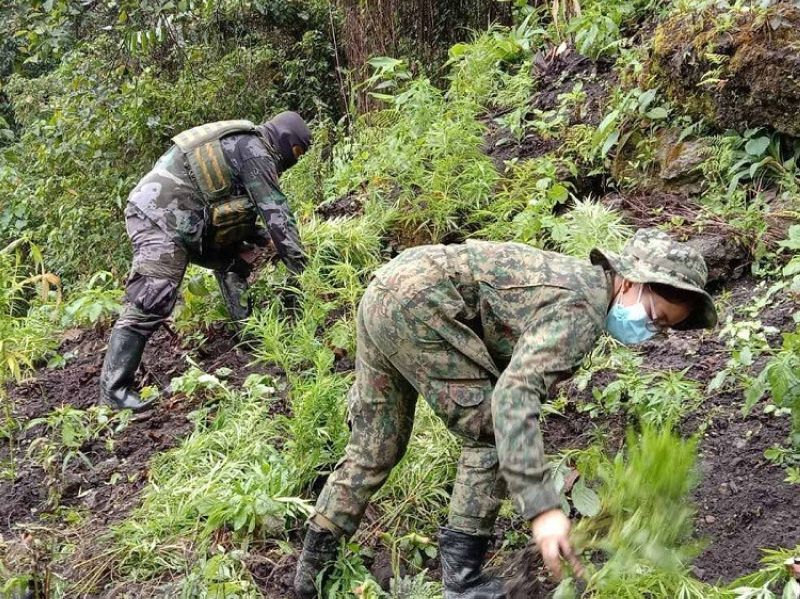 A SUSPECTED drug pusher was collared by anti-narcotics agents in Baguio City on Monday, February 15, 2021, while more than P20 million worth of marijuana plants were confiscated in the Cordillera.

Dhel Carganilla Padilla, 34, electrician, was arrested after selling a heat-sealed plastic sachet of suspected shabu to anti-drug operatives who acted as poseur buyers.

Confiscated from the suspect were two-heat sealed plastic sachets with an estimated weight of one gram worth P6,800.

Padilla is now facing charges for violation of the Republic Act 9165 or the Comprehensive Dangerous Drugs Act of 2002.

From February 6 to 13, over P21.5 million worth of marijuana plants were destroyed in different plantation sites in Benguet and Kalinga.

In Kibungan, close to 7,070 pieces of fully grown marijuana plants, 1,050 pieces of marijuana seedlings and three kilos of dried marijuana stalks with an estimated SDP of P1,816,000 were burned by the operatives of Benguet PPO.

Several drug personalities were arrested by operatives of the Baguio City Police Office and other provincial units in a series of anti-illegal drug operations last week.

In Kalinga, Richard Manuel Arugay, Eric Sangdaan Tubban, and Honey Lee Bagawal Braganza were arrested by the operatives of Kalinga PPO in another series of anti-illegal drug operations.