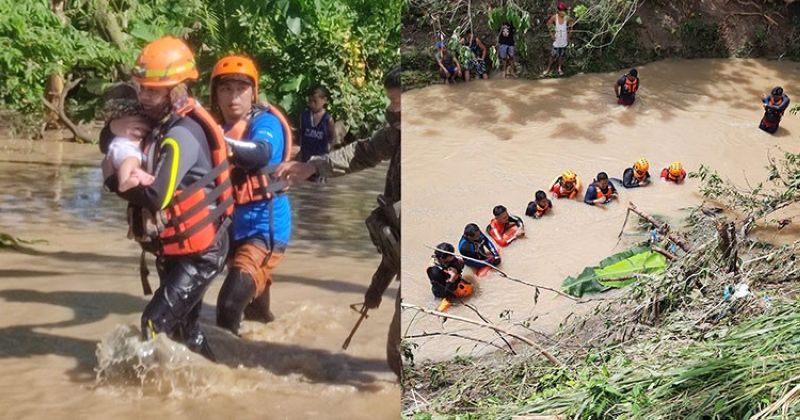 THE entire Municipality of Santo Tomas in Davao del Norte has been placed under state of calamity after the town was severely affected by widespread flood due to localized thunderstorm, displacing more than 6,500 families.

In its Resolution 40 Series of 2021, the Sangguniang Bayan of Santo Tomas declared on Tuesday, February 16, the entire municipality under state of calamity, heeding the proposal of the Municipal Disaster Risk Reduction and Management Council (MDRRMC) headed by Mayor Ernesto Evangelista.

The Municipal Government said the flood displaced a total of 6,545 families in 10 flood-stricken barangays.

Total damage on infrastructure is at P8,032,096 which covers bridges, roads and schools, among others.

Meanwhile, the body of a 15-year-old teenage boy who was missing for several days after he drowned was recovered on Tuesday morning, February 16, from a creek in Barangay Kinamayan.

According to a case report from the MDDRMO headed by Engr. Mario Rebote, responders from the Santo Tomas LGU's MDRRMC search and retrieval team found him at 10:35 a.m.

This after residents of Barangay Kinamayan spotted a dead body floating in the creek. MDRRMO responders immediately went to the creek to retrieve the lifeless body floating above water near the Lanatad Bridge.

The bloated body was already in the decomposition state, rescuers said.

The body was identified as that of Rovic Bonghanoy Estores, 15, a resident of Purok 5, Sitio Santo Nino in Barangay Kinamayan.

Estores and his group were spotted in the area around 12 noon Monday but he was reported to the authorities as missing at 6:45 p.m., prompting authorities to launch an immediate search and rescue operations in the hope of finding him but to no avail.

Municipal Information Officer Mart Sambalud told SunStar Davao via Messenger that no other casualties were recorded.