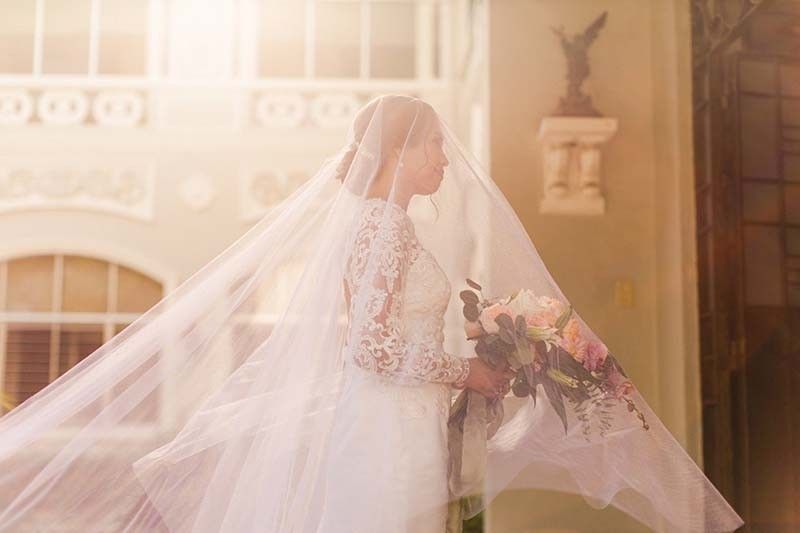 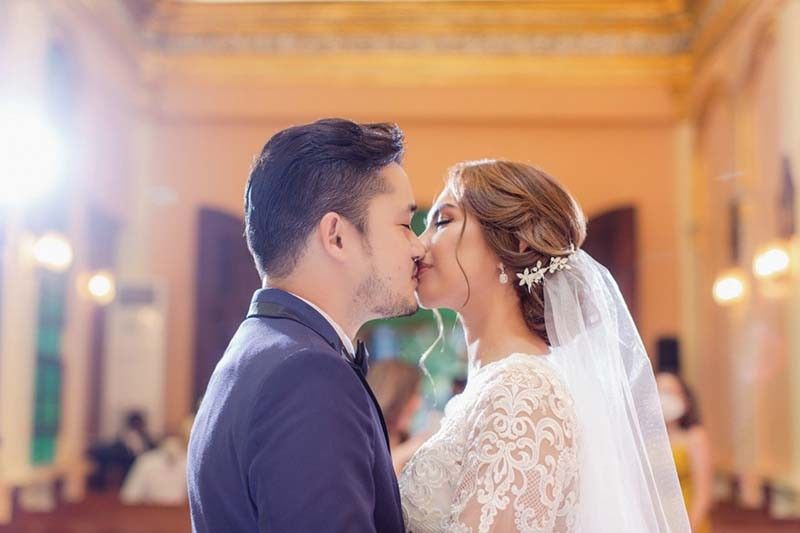 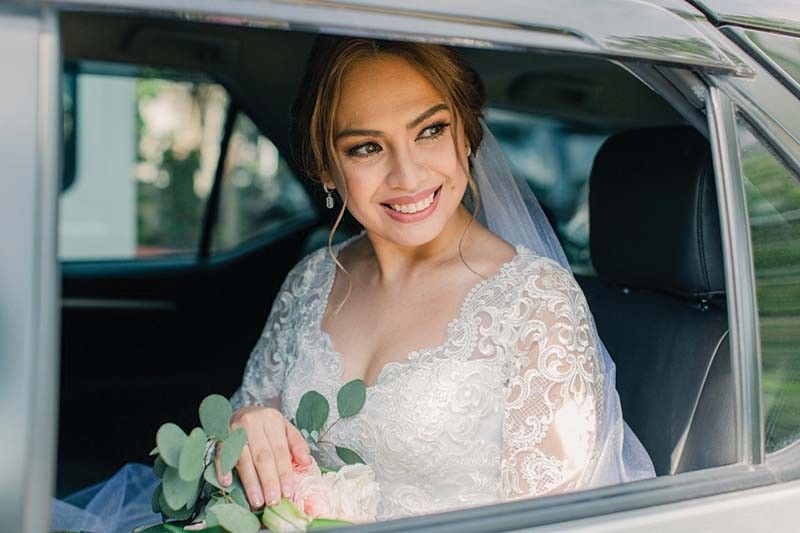 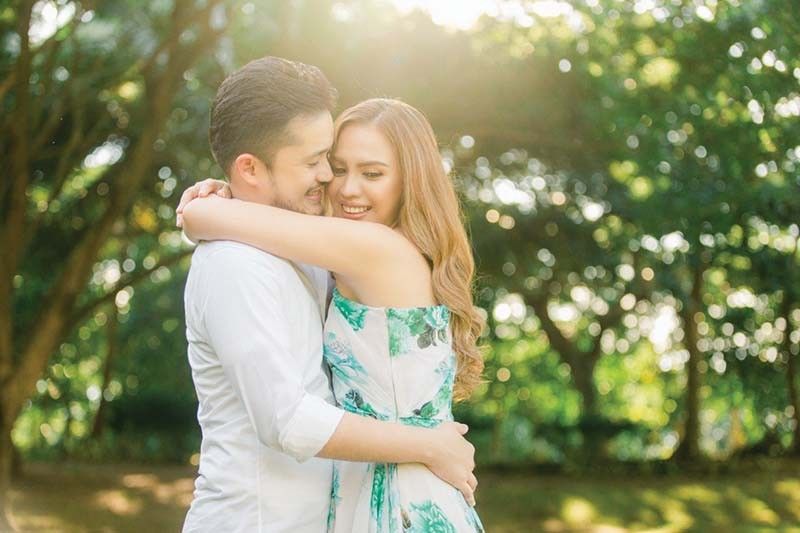 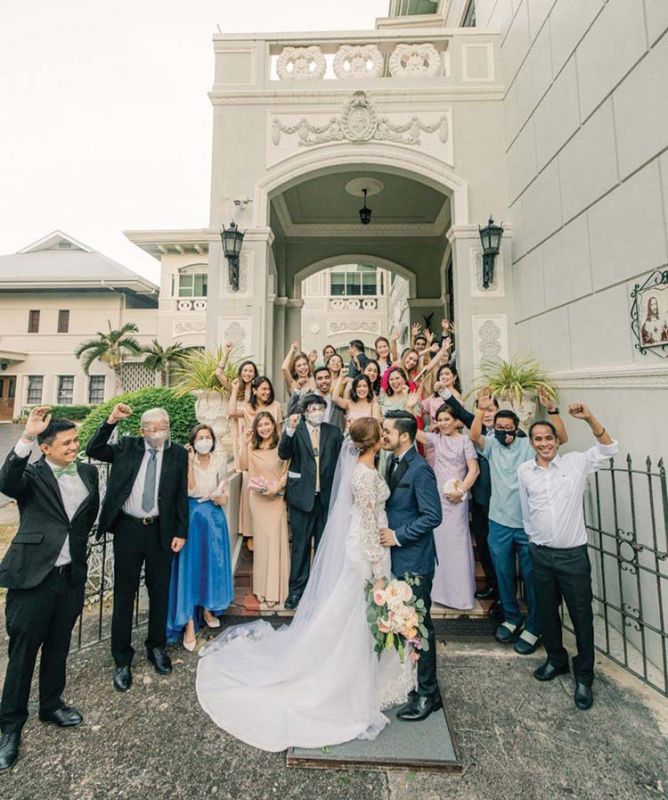 You’ve heard all sorts of cliches about love and finding it, and these could not have been more amplified than this month, the month of love. Singles would tell you it’s not the be-all and end-all of your existence, while those who are coupled up would make you want to hasten the search for “Mr./Ms. Right.”

Some have the sappiest stories about their meet-cute, while others would feel the need to come up with the most creative backup story for when they can’t say they met on an app (ahem). Some meet their partner at a young age; others don’t settle down until past their prime.

Whatever your relationship status is, we’re certain this little story will inspire you.

SunStar Live chatted with Natasha Holganza-Lopez, a 33-year-old who recently got married after having had no boyfriend since birth (NBSB).

SL: You were single for 32 years. Was that by choice or circumstance?

Nat: I was single all my life before meeting my husband mostly by choice but also because of circumstance. I went on a few dates over the years, but I never was in a committed relationship. My parents were strict during our teenage years and as a result, we are all late bloomers in the family relationship-wise. We also felt so much love and belongingness in our home that we didn’t feel the need to search for it elsewhere. Even as a young girl, I already had standards. There was no need to rush for me.

It became a little strange when I moved to Doha for work. All my friends were in relationships, and it was the norm. People went out to meet people. Dating was vital for happiness. I was always the odd one out. It was difficult for me to date abroad even when I was meeting so many interesting people because I didn’t like the dating style. I wanted to be pursued! A typical “dalagang Filipina.” Then the dating apps came into the picture. My friends were already using Tinder before it became a hit, but I just couldn’t drag myself out to meet strangers. I was a conservative girl living in a very open world. I stayed this way, really just enjoying my travels, my friends and my own company, but then my friends started to get married one by one and that’s when I became the “Bridesmaid ng Bayan.”

I was a bridesmaid 15 times before I became a bride! I did my best and tried to catch so many flights just so I could attend all their weddings. I enjoyed the bridesmaid phase and was really happy to see my friends transform into beautiful brides. Their joy was mine too. Even with my status, I always knew my day would come.

SL: How did you meet your husband and could you tell from the get-go that he was “the one?”

Nat: I met my husband through a common friend. One night we were having drinks, this friend came to our table and said he wanted to introduce somebody to me and I said no. I didn’t feel like it at that time. Apparently, he also told Jam to just pick from our table and he’d introduce him to her (whomever he’d pick). We didn’t meet that night. A month later, we again bumped into this same friend in another place. He again approached our table and said he’d introduce Jam to me and this time, I said ‘okay.’ He called Jam who was in the other room and had no idea what was about to happen.

It’s weird that we hadn’t met or hadn’t seen each other before considering the number of common friends we have. My husband says it was love at first sight. I knew he was the one the first time he drove me home which was the first night we met. I looked at him through my peripheral vision and I felt something, but I couldn’t justify it yet. After we went out on our first date, I was even more sure. It was the spark I’d been looking for my whole life.

After just a week of dating, it felt like we’d known each other forever. Our values were so aligned. It’s true what they say, ‘When you know, you know.’ It was also such a blessing that timing was on our side. We had attraction, chemistry and timing! It was destiny, fate, magic or simply God’s orchestration.

SL: What lessons from all those years of being single were you able to carry out when you finally got into a relationship and eventually got married?

Nat: I learned that you can’t pour from an empty cup. You can be selfless with other people only when you learn to love yourself first. A strong sense of self really helped me in a way that I’m not afraid to express my thoughts and feelings and to communicate what I want or need. People have different love languages and open communication is the key to a happy and healthy relationship.

SL: What was it like to prepare for your big day amid a pandemic?

Nat: It was more stressful than normal considering all the protocols that were in place. Weddings are already stressful in general. That’s times two when you plan a wedding in the midst of a pandemic.

A day before our wedding, stricter border control was implemented and we had to get special border passes for all our suppliers. We booked our chapel even before they were open for weddings. The guest list had to be narrowed down. Our family and friends abroad couldn’t make it home. Our siblings served as our entourage and secondary sponsors. Everyone in the chapel had roles.

It’s typical for brides to plan their dream wedding but ours was different. My husband was my wedding planner. I just had the vision and he executed everything. Safe to say, I was a stress-free bride because I passed all the stress to him. I felt our three-month engagement was too short and that we needed more time to plan but he was patient and efficient and despite the circumstance we were in and with the help of the best and most helpful suppliers, he gave me the most beautiful intimate wedding.

Nat: To those who are single, let me start by saying there is nothing wrong with being single. It’s such an empowering time in one’s life. You can be anybody you want to be; you have all the time in your hands to work on your dreams. To try new adventures and explore your interests. To meet and be inspired by new people. You can also nurture your other relationships and focus on how you can be a better daughter, sister, friend or colleague.

You can also spend this time trying to become the person you want to marry. If you want to attract someone who is kind and loving, mature, passionate about life, well-read, fit etc., then you have to be this kind of person too. Set goals for yourself and meet your own criteria. Don’t ever settle. The right kind of love will find you in God’s perfect time. To those who are in a committed relationship, although I don’t have so much experience in this department, just what I’ve learned from mine, try to align your plans and always include your partner in the picture. I learned this from my husband. When we started dating, he said I could do whatever I want just as long as I include him in the picture. I also knew he was in it for the long haul because he’d always include me in his plans. He saw his future with me in it.

Also, enjoy this phase! Marriage has been the best so far, but it also comes with a different set of priorities. We are going through such challenging times and how blessed you are to have a hand to hold and to have someone to be stuck in quarantine with. Choose each other day in and day out even when it’s difficult. Love each other even through turbulent times. Find strength in love!