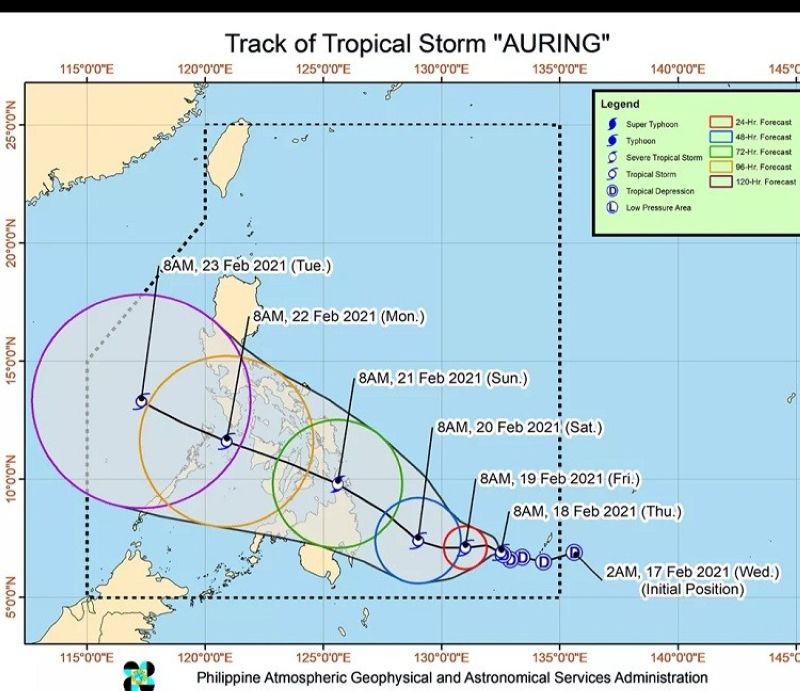 LOCAL government units (LGUs) in the northern part of Negros Occidental have already started making their preparations for the onslaught of Tropical Storm "Auring," which is forecasted to traverse the area sometime around Sunday, February 21, 2021, or Monday.

During the meeting, Palanca told barangay captains to make their preparations and take necessary steps to protect residents in their respective barangays. Barangay captains in the city also gave an update to Palanca of their current Covid-19 situation.

In San Carlos City, Mayor Renato Gustilo also called for a meeting with city officials and the local police in preparation for the storm on Wednesday night.

A letter of Call for Preparedness Action was also disseminated to all barangays in the city to submit their respective storm preparedness plan to the mayor.

Gustilo also made a personal inspection of infrastructures in the city that were damaged during the floodings in January 2021.

Some parts of the creek had already been cleared after it started the works on February 1.

Tree pruning was also conducted in several areas of the city, as well as cutting down uprooted trees to prevent any untoward incidents when the storm passes by.

Zeaphard Caelian, PDMPD head, urged local government units to be extra vigilant even while containing the spread of the coronavirus.

According to Caelian, “Auring” would likely reach the province on Sunday or Monday if it maintains its current course and speed.