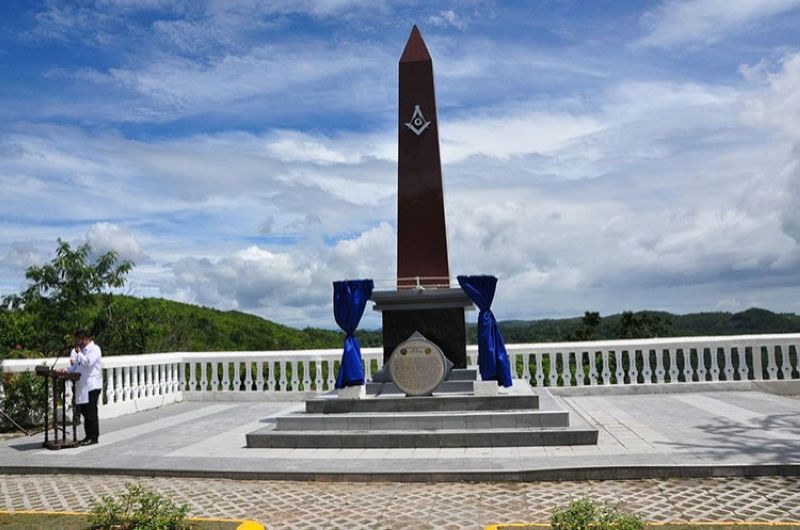 The Leon Kilat Masonic Lodge (LKML) No. 437 inaugurated and performed a dedication ceremony of an obelisk marker in honor of the late Jose Abad Santos, former Chief Justice of the Supreme Court of the Philippines, on Feb. 17, 2021 in Sitio Tan-awan, Barangay Guadalupe in Carcar City, Cebu.

The obelisk marker was completed and opened to the public three months after its groundbreaking ceremony on Nov. 14.

According to LKML No. 437, the obelisk marker was completed through the guidance of the Department of Public Works and Highways (DPWH) Undersecretary Rafael C. Yabut, a member of the Jose Abad Santos Memorial Lodge.

The site of the obelisk marker is where Jose Abad Santos was captured before he was executed for refusing to collaborate with the Japanese. LKML No. 437 said the marker honors him as a hero of the Second World War.

City Administrator Roger Montesclaros said the obelisk marker is very fitting because it uplifts the area that has been known as a “notorious” site where persons have been slain.

He said the Carcar City Mayor Mercedita Apura also commended the Leon Kilat Masonic Lodge for the initiative, saying it will boost the economy for the nearby residents and serve as a tourist spot.

The obelisk marker is located in an area overlooking the city’s mountain ranges and found immediately within the boundary of the 56-hectare National Park of Carcar City.

During the ceremony, LKML’s Past Master Jeff Edward L. Pintac said, “During his lifetime, Jose Abad Santos has exemplified the qualities of a true Filipino Patriot.”

• Santos has served as a Secretary of Justice.

• He was appointed as the 5th magistrate or Chief Justice of the Supreme Court of the Philippines.

• During World War II, he served as the Acting President of the Commonwealth and Commander-in-Chief of the Armed Forces.

• LKML No. 437 said he was an iconic member of the Free and Accepted Masons of the Philippines.