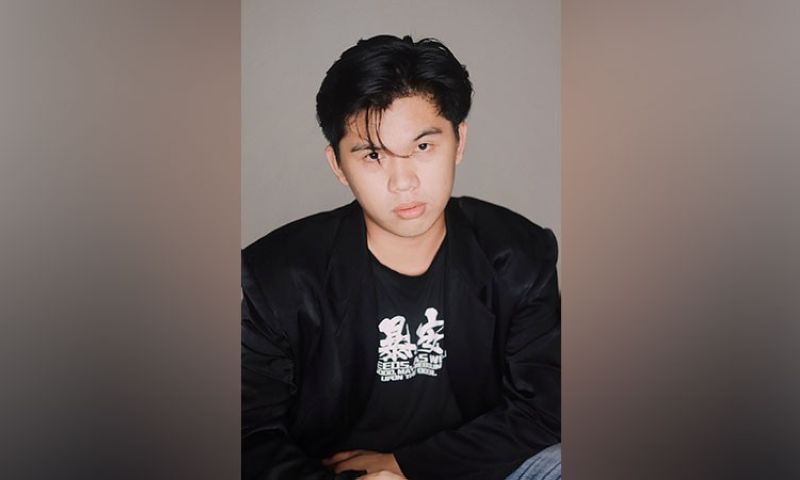 THERE is this online miniseries that is making waves on social media recently. And with how the story was presented, one cannot tell that it is actually produced by a student filmmaker.

Sharing his delight over how netizens accepted and embraced his miniseries, Leighton said it is already a bonus reward on his part as all he just wanted is to create Airah and Raffy's story and to be able to express himself through filmmaking.

"It overwhelms me that there are so many people I don't personally know who watched our series. There are even audiences from overseas sending us their appreciation for our craft. And with the overwhelming comments and messages we receive every single day, it melts our heart as a team. Our efforts were definitely paid off," he said.

He said producing "Basta Gagradweyt Tayo" crossed his mind while he was attending one of his online classes.

He said the miniseries is intended to create dialogue and conversations on existing issues in the country concerning the education sector.

What makes the series remarkable especially to Gen Z is the approach Leighton took in presenting the story.

"Never in my wildest dreams that I thought of producing a dark coming-of-age series. I am honestly not familiar with the genre. But I keep reminding myself of the sole purpose of making the film. I wanted it to be disturbing -- to make the viewers think and ponder about it," he said.

But realizing this project, for Leighton and the rest of his team, is not a simple walk in the park. Filming the series while a global pandemic is ongoing is undoubtedly a struggle.

"Of course, we have to follow all health and safety protocols and I also intended to set our shooting locations away from the crowd for safety purposes," he said.

What makes it more challenging was filming the series while attending classes.

"But we had so much fun when we all gathered to take final examinations or make school projects on set. It's funny how we all had the time to produce this series while in the middle of our online classes," the first year Bachelor of Science in Biology student of San Pedro College shared.

Leighton also considered himself blessed for having friends who are willing to participate in his film projects.

The lead actors Endria Silva (who plays Airah), Esau Villamor (who plays Raffy), Arshel Damaso (who plays Miss Gipitan), and the extra characters are all his friends.

Even the artists, Luke Gabriel Isnani a.k.a Luke April and his girlfriend Krey Melchor (Krey), behind the series' OST and musical scores are also his friends.

On why he is passionate about filmmaking, Leighton shared that big factor was his early exposure to film and movies.

"I've been volunteering to direct and write short films for school projects ever since I got into Grade 7 in high school. I also got the privilege of enrolling in a special program for the arts," he said.

After high school, he continued developing his skills in filmmaking by producing personal and commissioned projects.

In the future, Leighton dreams of joining film festivals here and abroad, own a production studio, and bag awards.

"But above all, I am happy with only being able to present a story I wanted to tell and inject an issue I wanted to address," he said.

"I hope that as I pursue being a filmmaker, I won't be limited with everybody's standards and beliefs," he added.