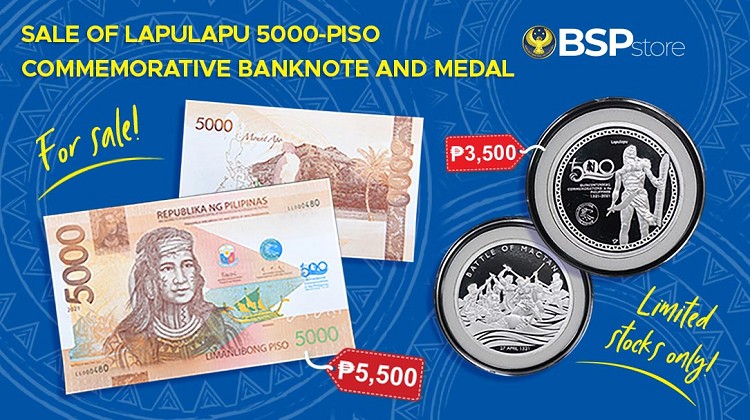 THE Bangko Sentral ng Pilipinas (BSP) on Friday, February 19, 2021, made available for the public to purchase both the P5,000 Lapulapu commemorative banknote and the Lapu-Lapu commemorative medal.

This was announced by BSP Governor Benjamin Diokno during his speech at the Ulat ng BSP sa Bayan.

2. The price of the banknote, medal

"In celebration of the 500th anniversary of Lapulapu’s victory and the special part the Philippines played in the world’s circumnavigation, the BSP is opening the sale of both the Lapulapu banknote and the medal to the general public," the BSP said.

3. The commemorative items are limited

BSP, however, said that due to the limited stocks, the central bank cannot guarantee that all orders will be serviced.

"We will also consider only one order submission per person," it said. (JOB)