Bzzzzz: ‘Back to zero’ and ‘feeling sad’ in Lapu-Lapu City over rise in Covid cases... Noah tells patients it has no hotel comforts, not to blame it for ‘angst’ on government. 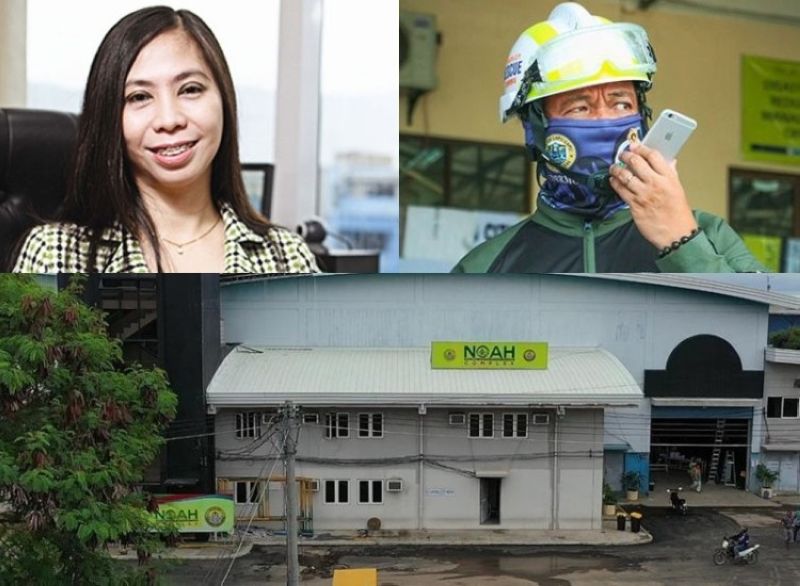 We told you so: Banacia

NAGIEL B. Banacia, head of the Lapu-Lapu City anti-disaster group, Saturday, February 20, acknowledged that the city has lost all its gain in the anti-Covid campaign (“back to zero”), conceding that this is now “worse infection than before.”

The transmission, Banacia said in his Facebook post, is “now in our community, neighborhood and subdivisions.” He said it “infects the entire family and even the first contacts.” The positive cases are in the age bracket of 21 to 40. And if that is not scary enough, “DOH says there is a new local variant.”

The city’s disaster team “last December already warned everyone against the imminent increase”: a dash of “we-told-you-so,” along with the rallying cry that “solution is not near without the help of every Oponganon.”

Noah not a hotel: Joy

In an FB post Saturday, February 20, Joy Pesquera emphasizes the options that a Covid patient has when he/she is confirmed to be positive and requires isolation.

The choices: a government isolation facility, an isolation hotel or a hospital. Stay in government facilities such as Noah and barangay isolation centers is free but only up to their capacity while full board and lodging in hotel or hospital is P1,700 a day.

Pesquera says the room/cubicle at Noah is not air-conditioned, restrooms and shower rooms are shared, wooden bed with foam, with the patient providing the beddings, blanket and pillows, towel and toiletries and clothes good for two weeks (though clothes may be washed at the facility.

The rules are circulated to all persons and entities concerned. There’s no reason for a patient or any other person related to the isolation not to know.

Earlier, on February 13, the ex-city councilor and 2019 aspirant for congresswoman of Cebu City south, publicly wrote about the “challenges we had to face, the obstacles we had to hurdle, and the sufferings we had bear” in organizing and managing the isolation facility Noah.

Joy Pesquera lamented that “some people find it easy to criticize” and those are people “who have not seen our journey.” Yet “we never complained,” Joy said, “though there were occasions” that “I had to shed some tears.” But “this is the life I chose and (I am) always thankful for the opportunity to serve.”

They are examples of ideal and annoying shorthands for the names of agencies and offices.

It is not ideal as it doesn’t constitute a word or name: LCDRRMO is tough to remember by plain citizens. Many people prefer not to use the acronym or the long name the letters represent. People tend to call it as Anti-Disaster Office or simply Disaster Office, depending upon one’s affection for it.

Noah is easy to recall and pronounce but the name it represents is long, with some words inapt (“oasis,” “adaptation,” “home”) or in excess, obviously added just to jibe with the letters and complete the word. Many people use Noah but don’t know or don’t remember what the heck it means.

Noah is just like “Probe” at City Hall. Probe sticks in the mind and easy to pronounce. But the words the letters represent require memory work. Here goes: Prevention, Restoration, Order, Beautification and Enhancement. One doesn’t have to lump all its functions in the name. People, mostly vendors and unauthorized settlers, find Probe easy to remember but can’t recite its tasks as represented by the letters.

A City Hall watcher says the official who coined Noah must be the same guy who coined Probe. Additional clue: He also coined Wuhan (for Wash your hands, etc.)

Compare the inadequacy of some acronyms to allegedly “epal” naming of government agencies or offices after the public officials holding chief executive posts:

[2] Gwen (Government Working for Educational Needs), after Gwen Garcia, in her earlier tenure as governor; and