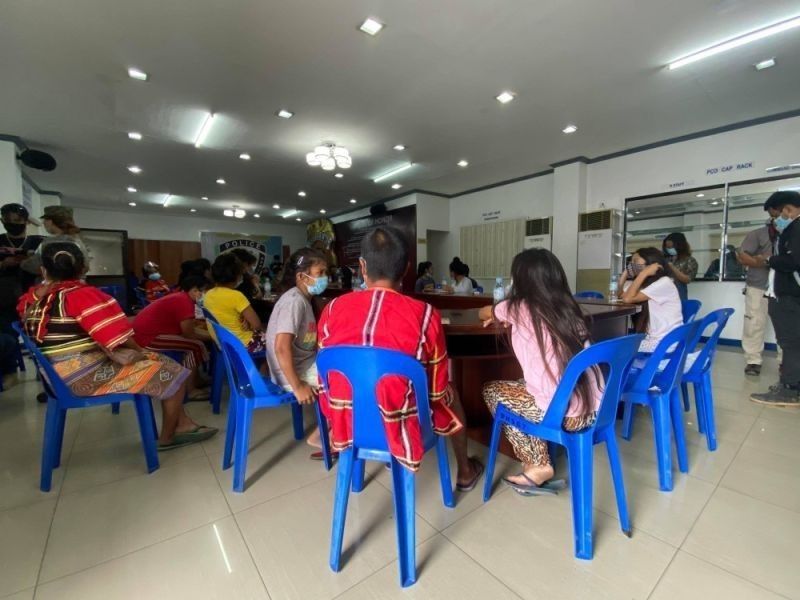 NO TO INCIVILITY. A genuine desire to improve civil relations demands an authentic openness of the police and the military to enter into a dialogue with civil society on how to fill the vacuum of social services and social justice for the marginalized, such as the Lumad. / SUNSTAR FILE

EDUCATION is hardly neutral. For some teachers, learning takes place when the student questions the teacher, an indicator that a person once so dependent is coming on his or her own, making personal judgment on what is not just true or false but also right and wrong.

Philippine National Police (PNP) Chief Gen. Debold Sinas asserts that police officers conducted a “rescue operation” of the Lumad minors and arrested seven adults in response to complaints from parents that their children were kidnapped and brought to Cebu without their consent, reported SunStar Cebu’s Wenilyn B. Sabalo, Arnold Y. Bustamante and Justin K. Vestil on Feb. 19, 2021.

In a formal statement signed by Fathers Rogelio N. Bag-ao and Narciso A. Cellan Jr., the Societas Verbi Divini Philippines Southern Province and the USC hold that “no rescue” was needed as the community quarantine implemented in Cebu in March 2020 prevented the delegates from immediately returning to Mindanao after their modular training ended in April 2020.

SVD Provincial Bag-ao and USC president Cellan said that the youths joined the Lumad Bakwit school, a program undertaken by the Archdiocese of Cebu-Commission on Social Advocacies (Cosa) and the Save our Schools (SOS) Network.

“Lumad” was adopted by 15 of more than 18 indigenous cultural communities (ICC) in Mindanao during the Cotobato Congress in 1986 and officially accepted to distinguish the ICC from the Bangsa Moro during the Cory Aquino administration, according to the National Commission for Culture and the Arts.

The Bisayan term that means people “of the earth” has come to include other ICCs in the nation.

Disputations whether what took place on Feb. 15 was a “rescue operation” or a “warrantless raid” alarm educators who view the PNP operations as setting a pattern of open and aggressive interference in educational institutions, following the unilateral abrogation of the 1989 Soto-Enrile Accord, which prevents agents of the Department of National Defense (DND) from entering any campus of the University of the Philippines (UP) System without permission from university authorities.

Defense Secretary Delfin Lorenzana abrogated the decades-old UP-DND agreement on Jan. 15, claiming that UP students are being recruited by leftist organizations for armed struggle against the government. Similar “anti-government” and “red-tagging” allegations are made against the Lumad Bakwit schools, whose Lumad students and volunteer-teachers are not just “on the run” from the armed conflict and militarization in Mindanao but also are hounded by accusations of destabilizing the government.

Public or private, universities are spheres for learning, dialogue, and engagement with the communities, particularly the marginalized. Physically and socially dislocated by armed conflict, militarization, ancestral land-grabbing by mining and other corporate interests, communities on the peripheries, such as the Lumad, need civil society to step into the vacuum of government services, such as education.

After the Department of Education shut down 55 Lumad schools in Davao in July 2019, the Cebu Archdiocese Cosa, nongovernment SOS Network, USC, UP Cebu and other academic institutions undertook the Lumad Bakwit School program.

Why is the government subjecting educational stakeholders to an inquisition for serving the displaced, the exploited, the silenced?