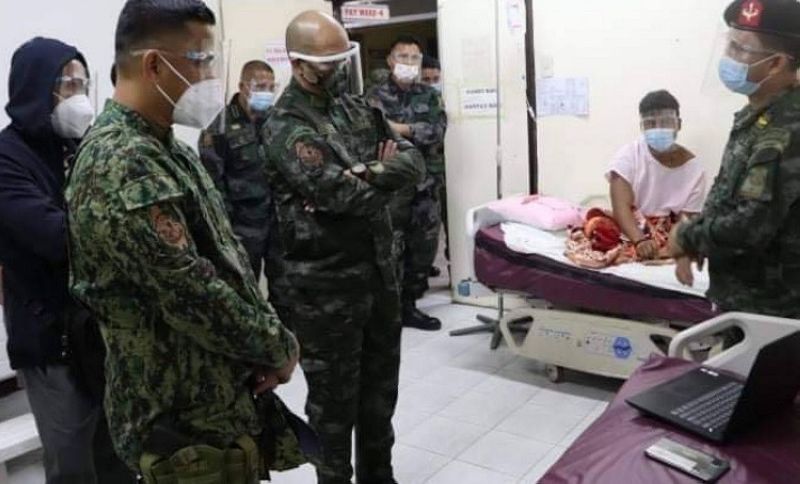 "Our SAF, being our elite unit, is not only well designed for combat operations against communists and other terrorist groups, but its utmost duty is also to instill peace in our community,” said De Jesus when he visited the wounded police officer in a hospital in Calbayog City.

Dumaguing, a member of 12th Special Action Battalion, has been undergoing medical treatment after sustaining a gunshot wound on his knee during the armed encounter.

In a statement, De Jesus lauded Dumaguing's sacrifice, saying the latter’s action is “worthy of emulation” by all personnel of the region.

De Jesus said the police “are not only well-trained but also prepared to defend the country from communist terrorist groups like the NPA.”

“Like Patrolman Dumaguing, personnel of Northern Samar Police Provincial Police Office will do the same act of bravery when faced with a similar situation,” added Colonel Arnel Apud, police provincial director, as he commended Dumaguing of his service.