Over 400 families evacuated in Davao due to Auring 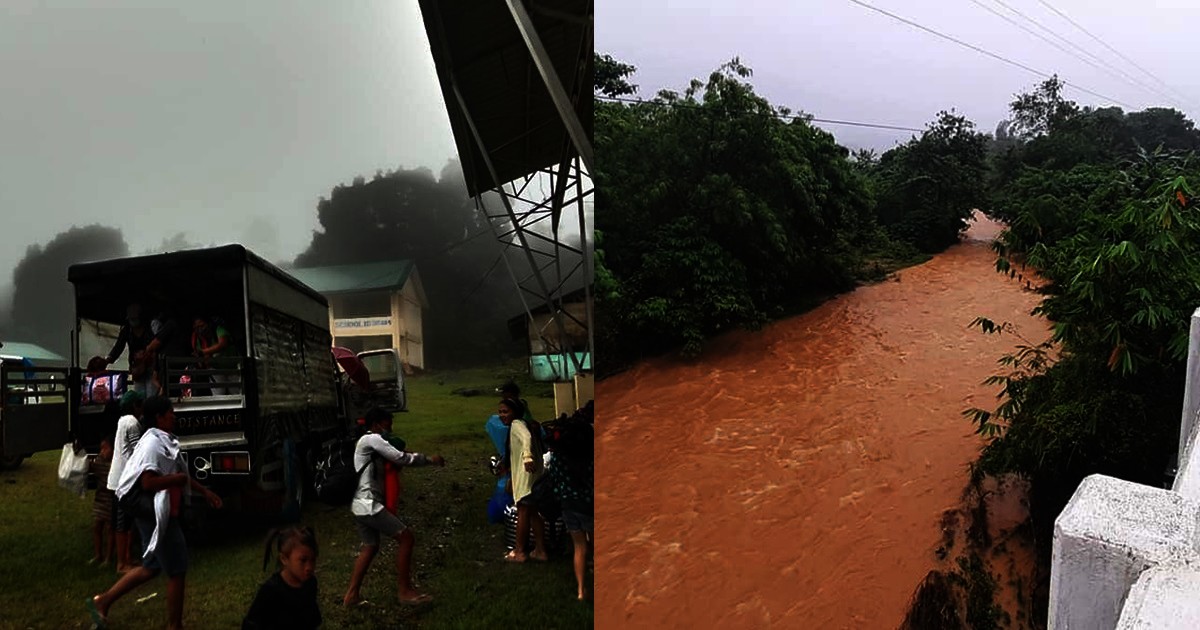 MORE than 1,500 individuals in Davao Region were affected due to tropical storm “Auring,” which placed some parts of the region under Signal No. 1.

According to the situation report from the Regional Disaster Risk Reduction and Management Council (RDRRMC) Davao Region as of February 20, a total of 1,558 individuals from 424 families were affected and evacuated.

As of February 21, RDRRMC-Davao Region reported no casualties caused by Typhoon Auring.

On February 19, areas in the region, namely, Davao Oriental, Davao de Oro, Davao del Norte, and Davao City, were placed under Signal No. 1.

In a weather bulletin posted by the Philippine Atmospheric, Geophysical and Astronomical Services Administration (Pagasa) as of 2 p.m. of Sunday, February 21, moderate to heavy rains will be experienced over Caraga, Eastern Visayas, Misamis Oriental, Bukidnon, and Camiguin. Light to moderate with at times heavy rains over Zamboanga Peninsula, Bicol Region, Mimaropa, Davao Oriental, Davao de Oro, Quezon, and the rest of Visayas and Northern Mindanao.

"Under these conditions, scattered flooding (including flash floods) and rain-induced landslides are likely during heavy or prolonged rainfall especially in areas that are highly or very highly susceptible to these hazards as identified in hazard maps. Adjacent or nearby areas may also experience flooding in the absence of such rainfall occurrence due to surface runoff or swelling of river channels," Pagasa said in an advisory.

Landslides were reported in some parts of New Manay and Bahi in Davao de Oro, where immediate road operations were conducted.

The Philippine Coast Guard had also issued a notice of suspension to all sea travels to Davao de Oro, Davao del Norte and Davao City due to Typhoon Auring.

As of Sunday, February 20, Auring was moving towards Visayas and was also expected to land in some parts of Luzon.

Auring, with international name Dujuan, is the first tropical storm recorded in the Philippine Area of Responsibility for the year 2021.