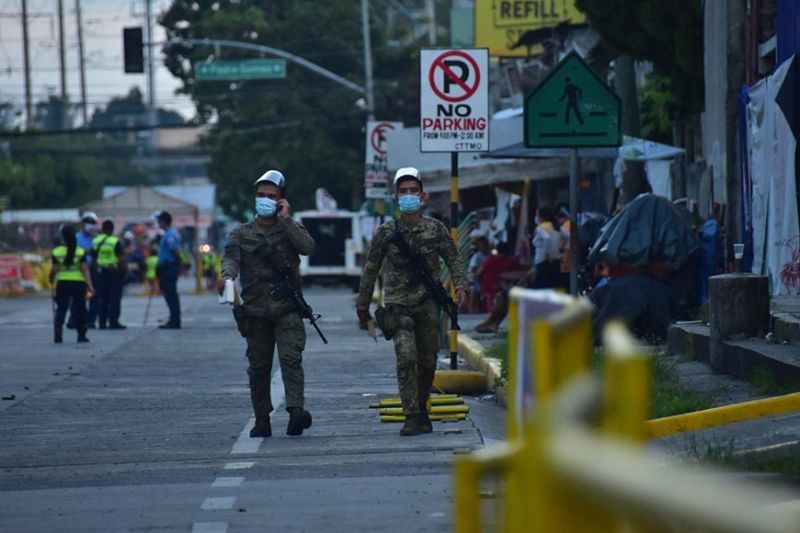 THE Davao City government will be conducting a second citywide community exercise against terrorism after receiving reports of lawless elements targeting barangay captains supportive of government initiatives for rebel returnees.

Task Force (TF) Davao Commander Colonel Consolito Yecla said in a radio interview that the anti-terrorism drive under the “Culture of Security” will be conducted within this week and will test the extent of cooperation of the Dabawenyos in reporting persons doing suspicious activities.

This time, the community exercise will be conducted at the barangay level.

Yecla said the anti-terrorism exercise came after reports that the Communist Party of the Philippines-New People's Army (CPP-NPA) Central Committee has ordered the deployment of Special Partisan Units (Sparu) in Davao City to liquidate uniformed personnel.

"The latest report reveals that the liquidation squads will also target Punong Barangays supportive of EO (Executive Order) 70 or the TF-Elcac (Task Force to End Local Communist and Armed Conflict) in the city,” he said.

During the community exercise, Yecla said 20 rabbits or actors acting as Sparu members will be deployed at some barangays all over Davao City.

In this exercise, barangay residents are expected to give information about the persons who: are asking information on the presence and activities of government forces in the purok/barangay; are testing, checking, searching or asking for security measures (i.e. placement of CCTV cameras, guarding system); are constantly visiting the barangay without making any significant purpose; and, have very unusual behavior in the entry and exit points of government facilities like barangay hall (keep observing and quickly leave when approached).

“We urge Dabawenyos not to panic as this will only be a community exercise,” he said.

The start of the community exercise will be announced by the city government through the Public Safety and Security Command Center (PSCC), through 87.5 FM Davao City Disaster Radio, and other local media.

Yecla said TF Davao already conducted a pilot test on Friday, February 19, in one barangay under the jurisdiction of Sta. Ana Police Station, where four rabbits were deployed but only three were captured.

Yecla said the Task Force and the Liga ng mga Barangay will strengthen their campaigns to involve ordinary citizens in the culture of security.

The city first staged the community exercise on October 14, 2020, where organizers deemed it successful as they were able to get the public's cooperation without panicking and did not result in traffic jams, as previously feared by the public.

Davao City Police Office Director Kirby John Kraft said in a press conference that the city is still "generally peaceful" and they have not yet received intelligence reports on the possibility of the attack of the Sparu units.

He called the attack a "simple assassination" or an "extra-judicial killing" that might also target deployed police personnel, which is still in the process of validation.

"Nevertheless, we already advised our personnel to secure themselves from any threats," Kraft said.