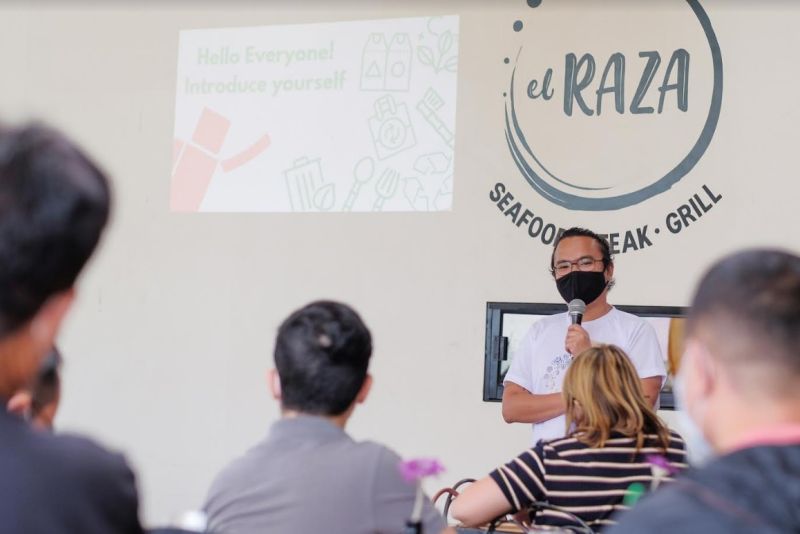 BACOLOD. The virtual and face-to-face round of “Wala Usik” business consultation under our new project "Rethinking Plastics - Circular Economy Solutions to Marine Litter" in the cities of Bacolod and Talisay recently. (Contributed photo)

A LOCAL non-government organization is promoting the “Wala Usik Economy” and developing business innovations to reduce waste in the Cities of Bacolod and Talisay, funded under the “Rethinking Plastics–Circular Economy Solutions to Marine Litter” project.

“Wala Usik,” a native phrase meaning nothing is wasted, adapts the principles of zero-waste and circular economy in the local context.

This project builds on the pioneering work of the Philippine Reef and Rainforest Conservation Foundation Inc. (PRRCFI), which in 2019 piloted Bacolod’s first zero-waste cafe and partnered with eight other sari-sari stores across Negros Island to prototype micro-refilling stations.

The PRRCFI said in a press statement it will further iterate a strong business case for “Wala Usik” with innovative solutions for micro, small and medium enterprises (MSMEs) such as sari-sari stores, carinderias, eateries, canteens and restaurants.

“Helping small businesses and the local economy pivot during the pandemic, while also working towards ecological sustainability and better solid waste management, is what the Wala Usik Economy will aim to achieve,” it said.

The “Wala Usik Economy” has already started to engage stakeholders from the public and private sectors with a series of virtual and on-site consultations this month in Bacolod and Talisay.

In March, it will start seeking innovation partners among MSMEs, and through a Hackathon, startups or early-stage business concepts receiving prize money and business development support from the project, which will run until February 2022.

The PRRCFI said the “Rethinking Plastics Circular Economy Solutions to Marine Litter” project supports a transition towards a circular economy for plastics in seven countries in East and Southeast Asia to contribute to a significant reduction of marine litter.

The project works in the areas of plastic waste management, sustainable consumption and production of plastics as well as the reduction of litter from sea-based sources to reduce plastic waste and its leakage into the sea, among others.

It is co-funded by the European Union and the German Federal Ministry for Economic Cooperation and Development (BMZ) and implemented by the GIZ and Expertise France in China, Indonesia, Japan, Philippines, Singapore, Thailand and Vietnam. (EPN)