13 Lumad students back in Davao 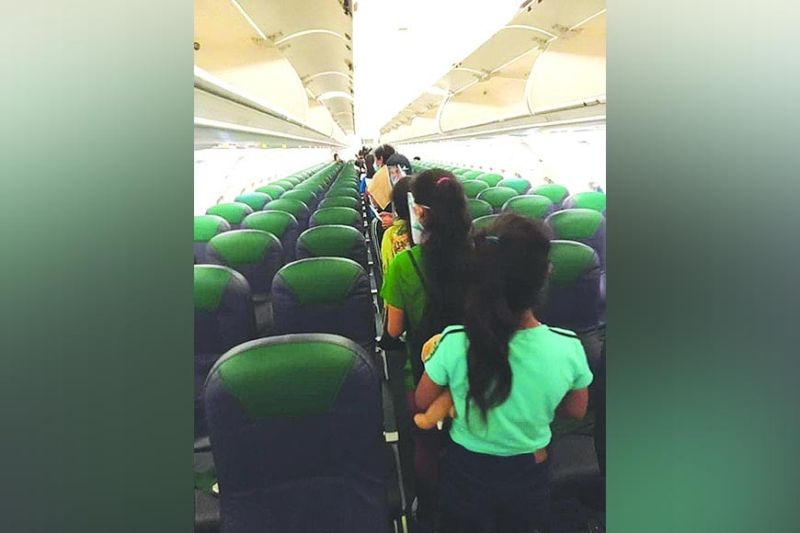 GOING HOME. According to a social worker, the 13 Lumad students who flew to Davao City on Sunday night, Feb. 21, 2021, were excited by the trip since it was their first time to ride in a plane. / PRO 7

THIRTEEN Lumad children from the Ata Manobo tribe who were “rescued” during a police operation on Feb. 15, 2021, boarded Cebu Pacific flight 5J-593 bound for Davao City on Sunday night, Feb. 21, 2021.

Six of them were accompanied by their parents, according to Col. Robert Limbawan, head of the Regional Intelligence Division of the Police Regional Office (PRO) 7.

Limbawan said officials from the Women and Children Protection Center Visayan Field Unit brought them to the airport.

She said they arrived safely in Davao City at 7:15 p.m.

She said the children were tired from the trip.

“They were excited since it was their first time to ride in a plane. Also, parents of the seven children were waiting for them at the airport,” Bangoy said in Bisaya.

Lawyer King Perez, communication and advocacy officer of the Children’s Legal Bureau (CLB), was at the Mactan airport to try and stop the group from leaving.

The CLB, in a statement, said the seven Lumad students whose parents sought its assistance “were transported without consent from their parents and proper coordination by authorities involved.”

The students consisted of five minors and two 18-year-old individuals.

It said that the parents have been informed about this development, adding that it has yet to receive information on the proper turnover of the students.

The CLB said it will consult with its clients on possible legal actions to be taken after this incident.

CLB said it is closely monitoring the movement of the students involved. The organization will also investigate this matter after authorities failed to follow established protocols.

Limbawan, for his part, denied the allegation.

(The parents of the seven students were at the airport with a tarpaulin welcoming them. They were accompanied by a social worker from Talaingod.)

Limbawan said that if the CLB and SOS Network decide to file a case against them in court, they are prepared to face it.

On Feb. 15, police officers of the PRO 7 with representatives from the Department of Social Welfare and Development 7 and social workers from Cebu City and Talaingod barged into the SVD-owned retreat house inside the University of San Carlos Talamban campus to rescue the Lumad children.

However, the SOS Network said that no rescue took place, adding that, based on the video shown on social media, the operation was a raid.

The SOS Network and the Society of the Divine Word (SVD), through Fr. Rogelio Bag-ao, had denied that the 19 children from the Ata Manobo tribe who were studying in Salugpoangan Ta Tano Igkanugon did not have permission to be in Cebu.

They said they have proof of the parents’ consent.

Some of the parents earlier claimed that a teacher by the name of Ariel had told them their children would be studying in Davao City and that they would be returning home once a month. (AYB / PJB)